Deanna Horton is a Distinguished Fellow with the Asia Pacific Foundation of Canada, and a Fellow at the Munk School of Global Affairs and Public Policy at the University of Toronto.

Since Canada has recently taken the welcome step of ratifying the 11-member Comprehensive and Progressive Agreement for Trans-Pacific Partnership, to go into effect Dec. 30, perhaps the country’s leadership might want to take a page from Japanese Prime Minister Shinzo Abe’s briefing book on strengthening ties and opening markets in Asia.

Against the backdrop of challenging U.S. relationships, Mr. Abe seems to be taking a practical approach to relations with key partners. On the heels of a seminal visit to China, Mr. Abe played host to Indian Prime Minister Narendra Modi in October, including a rare visit to Mr. Abe’s home province of Yamaguchi.

There is little doubt that the visits were propelled by the change, or perception of change, in U.S. interests in the region. While the United States may be promoting a “free and open Indo-Pacific” strategy, the architects of that strategy are actually Japanese, and the opportunity for its implementation lies before them.

Forty years ago, China and Japan signed a Peace and Friendship Treaty, and although there have been rocky periods (spurred on by the visits by Japanese prime ministers, Mr. Abe included, to a shrine that honours Japanese war criminals), the trade and investment relationship continues to thrive. China has usurped Japan’s place as the world’s second-largest economy, but it has signalled its acknowledgement, through agreements signed during the recent visit, that it can benefit from Japan’s experience in development co-operation in third countries.

Mr. Abe’s visit to China, for his first official meeting with President Xi Jinping in seven years, marks a critical step in the relationship. There are still lingering issues on the security front, such as over China’s incursions into the South China Sea, along with the territorial squabbles that have plagued the countries for decades (notably over islands known as Senkaku by Japan and Diaoyu by China). However, both sides seem to want to put these issues on the back burner to focus on what’s important to them.

First, China’s Belt and Road Initiative (BRI). Japan has decades of experience building infrastructure throughout Asia and beyond – during Mr. Abe’s visit they agreed to co-operate on 50 joint infrastructure projects. This makes sense for both countries – China could use Japan’s sober second thought on its funding of projects with questionable return, and Japan could use BRI as a means of solidifying its engagement with China, not to mention the global opportunities it promises for Japanese firms. This is also an initiative in which the United States is absent and opposed, and this leaves an excellent opening for Japan (and Canada for that matter).

Another area of Japan-China co-operation, and contentious for the United States, is intellectual property protection. The two countries established a new framework for talks on this issue. It may not mean much on paper, and there may be some trepidation in Washington that the Japan-China approach might not be the right model, but Japanese firms are facing similar IP protection challenges in China.

The muscle behind Japan’s new level of engagement will have to remain committed until Mr. Xi’s planned visit to Japan in 2019. As long as the current U.S. administration’s viewpoint on China continues on its negative path, Beijing will not want to jeopardize progress with Japan. And while Mr. Abe has devoted considerable energy to the relationship with the White House, the setbacks and reversals that Japan has experienced underscore the necessity to engage the other major economies in Asia.

Mr. Modi’s recent visit to Japan, his third as prime minister, is another example of beefing up a relationship with significant potential. The focus on co-operation concerning artificial intelligence and 5G, along with infrastructure investments in India, will be shored up by a military element (an army exercise and logistics sharing) that will go a long way toward cementing Mr. Abe’s Indo-Pacific strategy.

Mr. Abe’s stepped-up engagement with the Trans-Pacific Partnership agreement, and now China and India, is taking place in a vacuum of U.S. leadership and rancour with its Asian partners. Ottawa should take note of Japan’s trade diversification strategy – there’s room for Canada to join in exploiting the compelling opportunities of these Asian growth markets. 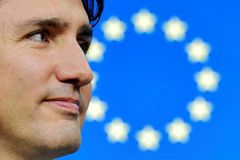 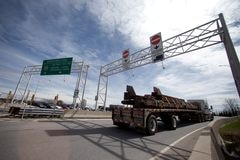 Opinion
At last, a trade pact that works for business and for Canada 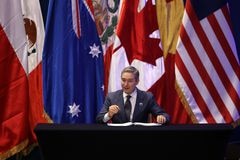