It takes big ovaries to do Shemara Wikramanayake's job. Not only is she the mother of two teenagers, she's the first woman to lead Australian investment bank Macquarie Group. Since being named CEO last year, the 57-year-old has spoken out about the lack of women's leadership in finance. She says companies need to be more flexible with women and men so both can better balance their personal and professional goals.

“I married late, in my late 30s, and had children then. And my husband elected to be the one who became primary carer in our family,” Wikramanayake said in a bank video commemorating International Women's Day. “That's made for a lot of interesting role modelling.”

Alas, Wikramanayake's experience remains an exception rather than the rule for women in banking. In Canada, the Trudeau government wants banks to be more transparent about their policies to increase diversity on boards and in senior management—or so it said in a single throwaway line in its budget in March.

Big whoop. It's already clear the new requirements will do nothing to dismantle the organizational and cultural barriers that hinder women's ascent on Bay Street.

For starters, banks won’t be required to go above and beyond the disclosure rules that already apply to other industries. Instead, banks must align their practices with measures in the Canada Business Corporations Act. That law, which was amended about a year ago, requires companies to give shareholders details about their diversity policies or explain their decision to withhold such information.

But the big banks already make such disclosures to investors, and the federal banking regulator has separate guidelines covering board composition and senior management changes. Disclosure simply isn't enough to improve women's representation in leadership roles.

In 2017, women comprised 37.6% of the senior managers and 58.3% of the workforce at the country’s six largest banks, excluding subsidiaries, according to the Canadian Bankers Association (CBA), an industry lobby group. But it’s unknown how many worked in a profit-and-loss (P&L) capacity versus back-office jobs. At the board level, meanwhile, an average of just 36% of director roles at the Big Six were filled by women.

That’s actually better than many other industries, such as technology, mining or energy, but the prospect of a Canadian female bank CEO still seems very remote. Compared with banks in other countries, the Big Six look positively passé. The CEOs of three of Israel’s five largest banks are women: Rakefet Russak-Aminoach at Bank Leumi, Lilach Asher-Topilsky of Israel Discount Bank and First International Bank of Israel’s Smadar Barber-Tsadik. In Australia, Wikramanayake is the second woman to run a major bank after Gail Kelly, who was CEO of Westpac from 2008 to 2015.

If Ottawa is serious about moving the needle on diversity, it should require companies in all federally regulated industries, such as telecom and transportation, to adopt term and age limits for directors. Board renewal not only creates openings for new candidates, but it also prevents directors from getting too cozy with management, says the Canadian Gender and Good Governance Alliance. Companies should also disclose how many women are employed in P&L roles and their average pay compared with male peers.

Institutional investors, such as big pension funds, should also push companies to tie executive compensation to promoting diversity and press them to close the gender pay gap through the use of quotas, if necessary. Yes, quotas—because they're more powerful than disclosure alone.

There’s no dearth of female talent within Canadian companies. The main obstacle to women’s advancement continues to be cliquish, male-dominated corporate cultures. If Wikramanayake, a woman of Sri Lankan heritage, can reach the upper echelons of Australia’s business community, surely Canada can do better.

ROB Magazine
Netflix, then chill: What’s next for Kelly Bennett, the Canadian executive walking away from the streaming giant
Subscriber content
May 30, 2019 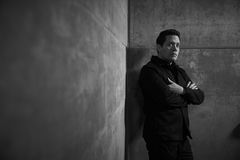 ROB Magazine
It’s 2019. Where are all the women in corporate Canada?
Subscriber content
May 31, 2019 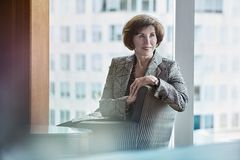