Roger Martin is an author, strategy adviser to CEOs, and former Dean of the Rotman School of Management. His 12th and newest book is When More is Not Better: Overcoming America’s Obsession with Economic Efficiency (Harvard Business Review Press, September 2020).

Over the past four-plus decades since America celebrated its 1976 bicentennial, a troubling pattern of middle-income stagnation, rising inequality and economic fragility has stressed the once-solid combination of American democracy and capitalism. I believe that these problematic outcomes are rooted in a model that has increasingly shaped how leaders think about and make collective decisions concerning the economy.

It is a model that holds that the economy is really a machine, a machine that can be optimized by breaking it into its constituent parts, optimizing each and putting them back together to make an optimally running whole. Further, the machine can be improved by pursuing increasing levels of efficiency in each constituent part. Since the definition of efficiency is rather abstract, this model of the economy uses proxies to measure and thus pursue the goal of maximal efficiency.

The model of the perfectible machine, with the attendant goal of efficiency, and its progress measured using a set of proxies, was intended to produce a growing economy in which everybody’s income grows, shifting the income distribution smartly in a favorable direction. The evidence increasingly suggests that the output of the economic machine hasn’t been producing such a result and that it hasn’t done so for some time. Instead, the prosperity of a vast majority of families is no longer moving consistently upward, while the prosperity of the richest families is growing like never before.

To achieve any positive change, the perfectible-machine model of the economy must be abandoned. We should instead understand the economy in more natural terms, as a complex adaptive system – one that is too complex to be perfectible, and one that continuously adapts in ways that will almost certainly frustrate any attempts to engineer it for perfection.

Rather than striving singularly for ever more efficiency, we need to strive for balance between efficiency and resilience. In the depths of the Great Depression, American democratic capitalism demonstrated its resilience, shifting, adjusting and adapting to the shocks to its core while maintaining the combination of democracy and capitalism. In many other developed countries, democratic capitalism was not sufficiently resilient to survive and was replaced by fascism or communism. More recent inattention to the resilience of our democratic capitalist system – thanks to the singular and obsessive pursuit of efficiency – has jeopardized that combination.

In my book, When More is Not Better: Overcoming America’s Obsession with Economic Efficiency, I lay out 18 recommendation for business executives, political leaders, educators and citizens to improve the functioning of democratic capitalism. In this article, I will lay out one important initiative each group can take.

Business executives must recognize that slack is not the enemy. In the dominant machine-based model, slack, which is equated with waste, must be eliminated in order to maximize the machine’s efficiency. But even W. Edwards Deming, the father of the “total quality management” approach, which helps companies eliminate unproductive waste, recognized the systemic complexity of businesses and taught that there is always an optimal level of slack for any business system. Intended slack is a form of productive friction that limits the pressure for ultimate short-term efficiency. Costco, for example, has designed slack in store floor staffing to make sure that its service feels superior for shoppers.

That slack in the right amounts contributes to greater resilience. Brazilian private-equity firm 3G Capital is learning this the hard way with its Kraft Heinz investment. After engineering the takeover and merger of the two food companies, it immediately attacked what it saw as excess slack in the resulting food conglomerate. Initially, the results looked promising as it drove sales, general and administrative (SG&A) costs at the merged company down from 10 per cent of sales in 2015 to 8 per cent in 2018 – an impressive 20-per-cent improvement in overhead-cost efficiency, consistent with an all-out attack on slack.

However, it appears in hindsight that some of those costs weren’t entirely wasteful slack. During that same 2015-18 period, the gross margin at Kraft Heinz fell by 3.5 percentage points, from 39.5 per cent of sales to 36 per cent of sales. The two-percentage-point reduction in SG&A costs helped lead to a 3.5-percentage-point reduction in profit margin – a net detriment to the business of 1.5 percentage points. This substantial decay in its business prospects forced Kraft Heinz to announce a massive US$15.4-billion writedown in its assets in February, 2019, one of the 10 largest corporate writedowns in the decade.

Political leaders need to assume that everything they do will need to be revised and tweaked because there is no such thing as perfection in a complex adaptive system. Clever participants will figure out how to exploit any system that is put in place. The solution is to ensure periodic reassessments are written into legislation, which is done already in with Canada’s most important legislation in banking, the Bank Act. From its passage in 1871, it has been automatically reviewed and revised as necessary, first every 10 years and more recently, every five years.

Educators need to stop teaching certainty. In a complex adaptive system, very little is certainly right or wrong. Yet we teach certainty throughout the entire educational system. Our standardized tests typically indicate that there is one right answer and three or four wrong ones and the student’s job is to identify which is the one right answer. Yet the world into which those students will venture just has better answers and worse ones – and even the better ones need to be reflected on, and not assumed to be perfect.

Citizens Citizens need to “multihome” – that is, to go to a range of sources for services and purchases. When a citizen chooses to get all her news from Facebook, all his goods from Amazon or all her rides from Uber, he or she is contributing to unhelpful winner-take-all outcomes. To arrest that descent, citizens don’t have to give up Facebook, Amazon or Uber, they just need to consciously use them some, but not all of the time.

With small steps like this, business educators, political leaders, educators and citizens can play an important role in safeguarding democratic capitalism. 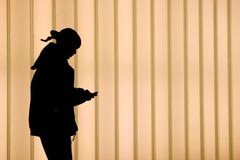 Opinion
‘New’ corporations are up to the same old tricks
November 11, 2020 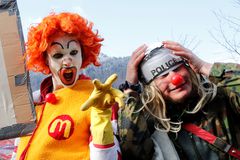 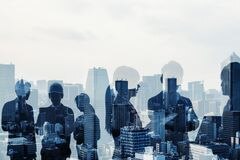