How many women does it take to make a “women-led” company? It turns out you just need one – that is, if you are a tech company looking for investment from a venture fund marketed to support female entrepreneurship and participation in the tech sector.

Recently, the Business Development Bank of Canada’s BDC Capital Women in Technology Fund announced its investment in an up-and-coming tech company with a management team of four: three men and a woman. The three men founded the company in 2014 and successfully received several rounds of funding. They hired a chief marketing officer, a woman, three years ago.

With $200-million to invest in “women-led or co-led technology companies” over five years, according to the BDC website, the Women in Technology Fund is “one of the world’s largest venture capital funds dedicated to investing in women-led technology companies.” In response to an e-mail, Shawn Salewski, director of external communications for BDC, explained that to qualify, the company "must have a woman founder, co-founder or [a woman] in an executive position driving the direction of the business and [she must] have been in her role for at least one year.”

However, a closer look at some of the investments reveals what I believe to be a flaw in the broad definition employed by the fund.

One company supported by the BDC’s Women in Technology fund – founded by a team of men – has one woman in a VP of business strategy position. But the company also has a male director of business development who has been with the company in this capacity for at least four years longer than the VP.

Two men and a woman founded another company in the Women in Technology fund portfolio. The female co-founder still works for the company, but is not in an executive role. At the time of investment, the company had a woman in a VP position. She left the company two months after the funding round closed. A man now does her job, leaving no female representation in senior management.

I congratulate these companies on their success and don’t doubt that they deserved funding – just not from a fund designated for supporting women. I also don’t doubt that BDC is investing in women-led ventures; the majority of the Women in Technology portfolio is evidence of this.

However, at a time when only 4 per cent of Canadian venture capital investment goes to female founders, I’m concerned that the cause of women’s entrepreneurship is being used to further marketing goals above actual progress. For this reason I am compelled to ask: What is the purpose of a tech fund focused on women, and are these objectives being met by venture funding programs such as BDC’s?

According to Tara Wood, founder of Purpose Communications, a public relations firm that works with BDC, the Women in Technology fund has two primary goals: first, to deliver returns; second, to invest in women-led firms and build a robust network to support and encourage women in technology and investment roles.

Earmarking funds to support women in tech seems to be a step in the right direction. But how can we be sure that the funds are reaching female founders and women-led firms? Shouldn’t there be commonly defined criteria or at least clear and public disclosure of terminology when the term “women-owned” or “women-led” is used?

I propose that similarly strict criteria be introduced in finance: Funds investing in “women-owned and led”companies should put their money toward firms with a minimum of 50-per-cent women-identified ownership and a minimum of 50-per-cent management representation with senior-level, strategic decision-making abilities. (For firms that rely on a broader pool of equity investors, it is unrealistic to require gender diversity concerning ownership, so only the latter should be used.)

Finally, if a fund is directed to support women in a particular industry, at least one of the women in a senior leadership role must be in a position directly related to that industry. In the case of technology, that requires a woman to be chief executive officer, chief technology officer or other tech or development role at the most senior level.

In the absence of these criteria, what differentiates a “women’s” fund such as that operated by the BDC from any other fund? If a program, fund or initiative wants to bank on the social capital of promoting female entrepreneurs, then the public deserves to know who is really benefiting.

Opinion
Why has Canada had so few female first ministers?
Subscriber content
April 27, 2019 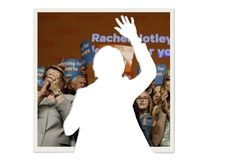