The big banks take pains to say that the vast majority of the money they pay their CEOs is “variable” or “at risk.” However, 2020 showed us that when the books close on a disappointing year, the CEOs’ paycheques don’t vary significantly from prior years, or seem to be much at risk at all.

Canada’s Big Five banks all use some variant of profitability or profit growth as one of the most important metrics used to judge their performance; all missed their goals by double digits. Rare, however, was the bank chief executive who saw his paycheque decline more than the low single digits. Some saw an increase.

To be fair, 2020 was a year of COVID-19, when the banks were facing a possible existential crisis. To have emerged from the first year of the pandemic with a mere 20-per-cent miss in profit goals could be seen as a massive managerial success.

At the same time, when so many Canadians have either seen their incomes wiped out, or have been required to report to work and risk infection with a deadly disease in order to earn working-class wages, it’s fair to examine a compensation system in which hardship means making $10-million instead of $11-million.

At pay time, the banks use a variety of metrics to calculate a “business performance factor” (BPF) that’s used to set annual cash bonuses and sometimes the amount of stock awards as well. There are several metrics measured to the decimal – but there are also subjective considerations. And the formulas are often better at adding to CEO pay than taking away from it.

Let’s take a tour to illustrate, starting with Royal Bank of Canada.

CEO Dave McKay had an annual “target bonus” of $2.25-million in cash for the fiscal year ended last Oct. 31. Sixty per cent of that bonus was based on hitting a profit target – which the bank missed by 14 per cent. To its credit, RBC didn’t adjust the target because of COVID-19, and the bank chose to give Mr. McKay none of the $1.35-million he could have received for that portion of the bonus plan.

Over at Toronto-Dominion Bank, Bharat Masrani was the rare CEO whose pay dropped by double digits, to $10.52 million. (A change in an estimate of pension values was a big contributor to the drop, in addition to a reduction in incentive compensation.)

At TD, the BPF used to adjust variable pay includes three metrics, with a form of net income the highest-weighted at 70 per cent. That BPF can rise to 130 per cent, adding to incentive pay, in a good year. But no matter how much TD misses its financial targets, the BPF can be cut by no more than 20 per cent – meaning 80 per cent of the variable pay is still on tap.

In its proxy statement to shareholders, TD says what several peers have said in the past about why their compensation systems aren’t designed for zero bonuses, or the forfeiture of all stock awards: If we actually cut CEO pay by too much based on our results, our leader might do something risky. More formally, TD explains: “This aligns the plan with the bank’s risk appetite and desired culture, avoiding creating an incentive for inappropriate risk-taking.”

Bank of Montreal missed two of four goals, calculated a BPF of 89 per cent and the board’s big discretionary move was to shave off two percentage points. So, CEO Darryl White’s total pay of $11.09-million was 2 per cent more than the prior year. Bank of Nova Scotia missed its two earnings-based goals by more than 20 per cent and saw costs grow faster than revenue, but its BPF ultimately came out at 88. CEO Brian Porter made $12.22-million, 3.2 per cent less than the year before.

There are dozens of pages of compensation disclosure put out by the banks each year. They reveal a system that, at its heart, is structured to pay out millions almost no matter the result. The biggest risk to bank-CEO pay is shareholders figuring out that CEOs don’t risk much at all.

Editor’s note: This story has been updated to clarify the cause of the decline in Toronto-Dominion Bank CEO Bharat Masrani's annual compensation. 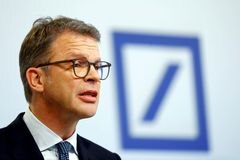 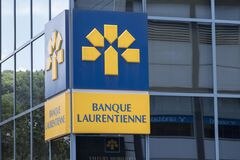 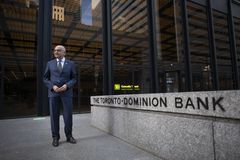