Humera Malik is founder and CEO of Toronto-based industrial AI company Canvass Analytics. She is also on the jury of the Women In Cleantech Challenge, which is accepting applications until July 13 at www.womenincleantech.ca.

It is often said, but bears repeating, that women are significantly underrepresented in the innovation economy, with one recent report finding that only 5 per cent of Canadian technology companies have a solo female founder or chief executive.

Such representation is similar – and arguably worse – when the focus is on the clean-technology sector. Where women do have a presence, they typically occupy junior roles in marketing, communications or finance, not senior roles in engineering or in the C-Suite.

The federal government recently recognized that this gender gap, particularly in areas of innovation, is inhibiting economic growth by leaving skilled talent on the table. It’s also limiting diversity of perspective, which research shows is essential to building economic resilience. The 2018 budget highlighted the need to boost the percentage of female-owned companies in the technology sector by providing more women the opportunities they need to succeed, while also removing barriers holding some back. At the same time, the last two federal budgets identified the growth of Canada’s cleantech sector as a national priority.

It stands to reason that getting more female innovators to build and run companies that are tackling some of the world’s biggest environmental and climate challenges presents a great opportunity for the country.

The barriers that female tech entrepreneurs face are persistent. One of the biggest is the difficulty raising venture capital – often referred to as the “gender investment gap.” In a recent survey of 350 startups, The Boston Consulting Group reported that female entrepreneurs raised an average of just under US$1-million in early-stage capital, less than half the money that men raised.

“The disparity in the funding is not due to qualitative differences in pitches or underlying businesses,” according to the report authors.

In fact, the results of the survey showed that startups run by women performed much better, returning 78 cents per dollar of investment during their early years of operation compared with just 31 cents for those run by men.

One way to help close the gap, the report concluded, is to provide the mentorship, resources and networking opportunities that women have historically lacked or which have traditionally been biased towards men.

And this is starting to happen. Organizations such as #movethedial, for example, have done a tremendous job of raising awareness of the gap while building an inclusive support network for women in technology, including cleantech.

The federal government, for its part, is following through on its budget promises. Last month, it announced the $1-million Women In Cleantech Challenge, a collaboration with Toronto’s MaRS Discovery District and the first of five prize-based challenges focused on “unlocking breakthrough solutions to complex and persistent problems in developing clean technology.”

The goal of the challenge is to recruit Canada’s top female innovators working on cleantech solutions, select an elite cohort of five, and over nearly three years provide them with the mentorship, critical services and curated introductions they need to grow and thrive.

They will each receive a $115,000 annual stipend to cover living expenses and travel, and they’ll be put through an intensive program designed to draw out their entrepreneurial talents, including working closely with business and technical advisers and being matched with a federal research facility that can help accelerate R&D.

In return, these women will be asked to fully immerse themselves in their mission of building Canada’s next cleantech success stories.

We’re convinced there are hundreds of innovative women across the country who are ideal candidates for this kind of challenge – researchers who are working away in academic or corporate labs, or engineers working in various fields who have amazing ideas but are reluctant to pursue them commercially.

Maybe it’s because they don’t know where to start, or because they know the odds are stacked against them. If investors are less likely to put their money behind women-led ventures and if few mentors exist to guide these innovators along their difficult journey, then it’s understandable why some women never take the entrepreneurial plunge.

The Boston Consulting report recommends that venture capital firms become more aware of the structural biases in their investment decisions, and including more women in those decisions will certainly help.

It also recommends that innovation organizations that support startups, such as accelerators, do a better job of recruiting women entrepreneurs, and of creating mentor, investor and peer networks that are more gender-balanced.

“Accelerators are uniquely positioned to create positive change,” according to the report. “They can bring together a community of startups, women-friendly investors, and other resources – both in person and online – to build a case for change.”

Initiatives like the Women In Cleantech Challenge are a good start. 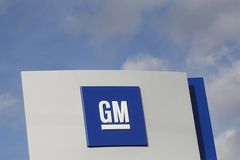 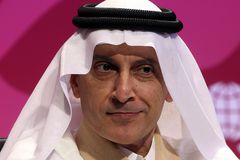 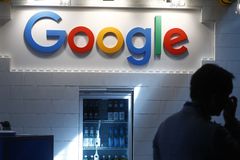