With the challenges facing people of colour at the forefront, The Globe and Mail asked business leaders to reflect on their experience – and what needs to change.

I wrote a letter to Lightspeeders on Tuesday June 2 [addressing George Floyd’s murder]. I think it’s a moment where we all collectively felt enough is enough, whether or not it’s in our country. We don’t want that to happen in our society. That is a collective agreement and the way we move forward has to be framed with the understanding that it cannot be repeated.

I haven’t experienced [discrimination] directly. I don’t know if there were opportunities or investors that passed on us because of those reasons. I think sometimes these things are not visible. And I think for that reason we can’t just decide that there is no systemic racism. We have to be active in our education of our young people and of our society. Sometimes these biases are unconscious. But they do drive behaviour and they do close off opportunities to people, and they do make some people feel like “the other.” I think that every person of colour, every person that’s a minority, probably has direct experiences they will never know happened, when a door was closed for them or a person behaved in a certain way. As a society we have to be active when it comes to standing up against those behaviours.

Being a Lightspeeder is a commitment to the values of diversity and inclusivity (D&I) in our workplace and how we build our team. It’s also a commitment to equality. D&I has been part of our DNA from the early days; the team at the very beginning was all part of the LGBTQ community. It wasn’t a specific goal, it was just an ethos in how we wanted to build the company. Often tech companies don’t have the kind of diversity we see reflected in our society.

At every stage of our growth we have to measure whether we are living up to those ideals. I sometimes feel that our own employees expect the highest of ideals from Lightspeed, it’s part of the reason they joined. But it requires an ongoing commitment. It takes work to create seats at the table for diverse perspectives and voices. We’re proud of our record on D&I, but we need formalized [policies] around it. We just finished our first D&I survey. I was personally very surprised by some of the numbers. The number of employees who identified as LGBTQ+ (16.8 per cent) was two to three times higher than other tech companies. Our new People and Culture team is a big focus and will formalize some of the things we believe in. It starts with a survey.

And as we bring in acquisitions, it’s important to understand what’s becoming part of the company. Is there work that we have to do to make sure that they understand the culture they’re joining and the values we ascribe to? Company culture comes from the top. People throughout the company will use you as a model of behaviour for how they treat one another. There can be an owner for it as you build policy but the buck should stop with the CEO, who is the keeper of the values of the company. Just imagine if we had a D&I chief and those concerns only got raised to that person and the CEO didn’t really know what was going on throughout the organization. If that person doesn’t have regular meetings with the CEO then that is tokenism, it is a meaningless function. The CEO has to be quite involved in order to really move the needle.

Dax Dasilva is CEO of Montreal retail and hospitality point of sale software provider Lightspeed POS Inc., founder of Never Apart, a local cultural centre dedicated to social change and spiritual awareness, and author of Age of Union, a 2019 book that calls on people to become “changemakers.” He is also one of the few openly gay CEOs in corporate Canada.

As told to Sean Silcoff

Opinion
Where we stand: Managers now focus on qualified candidates, not relatable ones
June 10, 2020 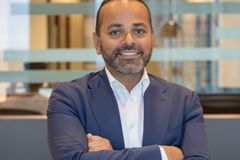 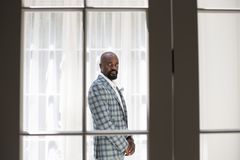 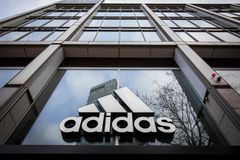