No one took Mr. Dobson at his word. He’s the lamest of lame ducks. Everyone is waiting for the appointment of a new chief executive for Hydro One. Whoever steps into this meat grinder of a job will dictate the future of a company that keeps the lights on for 1.3 million Canadians, yet is stalled at the crossroads of politics and commerce.

Mr. Dobson is Hydro One’s former chief financial officer, a veteran financier dropped into the top job in July after Ontario Premier Doug Ford turned ex-CEO Mayo Schmidt into his personal pinata. Ontario owns 47 per cent of the partly privatized company. After an election campaign that somehow managed to link rising power prices to executive compensation – the political equivalent of tying stock-market performance to the team that wins the Super Bowl – Mr. Ford forced Mr. Schmidt’s retirement over a $6.2-million pay package, a sum that is less than what CEOs take home at comparable domestic utilities.

After the election, Hydro One’s board resigned, Mr. Dobson got a temporary promotion and new directors stepped up. The board is now split between nominees from Ontario’s new Progressive Conservative government and the utility’s institutional investors – groups with vastly different agendas. Because their differences are irreconcilable, one side is going to come out on top when the next CEO is announced while the other stands to be deeply disappointed.

Uncertainty around Hydro One’s leadership and governance already hangs over the company’s stock price, as do a series of regulatory setbacks in Ontario. Mr. Dobson announced a $194-million quarterly profit on Thursday that exceeded analyst expectations. CIBC World Markets analyst Robert Catellier responded by knocking back his target price on the stock, to $19.75 from $20.50, saying strong operating results “are largely masked by the machinations of the Avista takeover and concerns about the outlook in Ontario.”

The choice of a new CEO will determine whose vision drives Hydro One – Mr. Ford’s or that of the investor-appointed directors at a company that is majority-owned by the private sector. Mr. Ford’s priority is meeting an election promise to cut electricity bills by 12 per cent. Investors, on the other hand, want Hydro One to pump up profits and raise dividends.

The Premier’s ideal candidate is someone who delivers lower power prices for a pay packet in the $400,000 to $600,000 range, according to sources in the government. That’s what the top dog gets at Crown corporations Hydro-Québec and Manitoba Hydro. To steal a phrase from Winston Churchill, at a large public company, for $600,000 you get a modest CEO with much to be modest about.

Investors want the next CEO to keep building the business by closing the Avista takeover, then plowing the cash generated from a $32-billion leader into expanding U.S. operations. Achieving this goal means pushing regulators for higher rates. It also means paying for a CEO with proven M&A skills.

The culture of Hydro One hangs in the balance. The current management team was hired with a growth mandate, as the Toronto-based utility knocked off more than 90 successful acquisitions on Mr. Schmidt’s watch. Abandoning that strategy will mean more management turnover and will be expensive. If the new CEO and board were to drop the Avista acquisition, Hydro One would have to pay a US$103-million termination fee to the Spokane, Wash.-based utility.

Hydro One’s internal goal was to announce a new CEO by the end of the year, according to sources who work for the Ontario government and at Hydro One. But these sources say the board is still struggling to settle on a CEO compensation scheme that satisfies the Premier while making the job attractive to proven candidates, including internal ones. After going public in 2015, Hydro One’s goal was to become a major North American enterprise. Under this government, with a new boss, the company’s strategy may be far more modest. 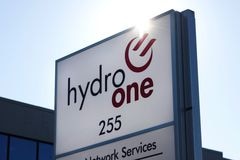 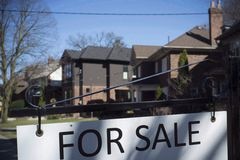 Why Statistics Canada should keep its hands off our banking records
Subscriber content
November 5, 2018