Former Alberta premier Ralph Klein used to say "the government should be getting out of the business of being in business.”

But King Ralph, as he was known, only made limited progress on that front. While he successfully privatized Alberta’s liquor stores and deregulated its electricity market, Mr. Klein’s plan to sell off the province’s public bank, Alberta Treasury Branches, was nixed after the lender became ensnared in a scandal over financing for the West Edmonton Mall.

Fast forward to the present day, and there’s never been a better time for the Alberta government to resurrect plans to privatize the 81-year-old financial institution, now known as ATB Financial. The province’s economy is sputtering and its finances are deeply in the red. Austerity is not a cure-all.

What Alberta desperately needs is an infusion of cash, which is why Premier Jason Kenney should take another page out of the Klein playbook and reconsider a sale or initial public offering of the province’s public bank. Last week’s provincial budget was a missed opportunity to get the ball rolling.

ATB is the ninth-largest financial institution in Canada based on assets. It has more than 770,000 customers in more than 300 locations across the province, according to its website. The public bank could easily fetch between $1.4-billion and $7-billion, according to a 2017 valuation analysis published by the Frontier Centre for Public Policy.

And it may not have much trouble finding a buyer. Earlier this year, former Alberta finance minister Joe Ceci said that Bank of Nova Scotia was once interested in buying ATB, according to published reports. (Both ATB and Scotiabank have previously declined comment on the matter.)

Trouble is, Mr. Kenney is an ideologue and not a pragmatist.

“The government of Alberta does not have plans to privatize ATB Financial. Premier Kenney has stated that ATB will remain a Crown corporation under the UCP government,” said government spokeswoman Jerrica Goodwin in a recent e-mail to The Globe and Mail.

He should reconsider. Alberta’s deficit is roughly $8.7-billion and its debt is almost $72-billion. Privatization may not make for easy politics, especially in rural parts of Alberta where folks still look askance at Toronto-based banks that turned their backs on the West during the Great Depression. But it’s the right choice for Albertans in an era when smartphones are rapidly replacing bricks-and-mortar branches and when banking is increasingly a game of scale.

ATB, which was established in 1938 by the Social Credit government of William (Bible Bill) Aberhart, is struggling to find its raison d'être in modern-day Alberta and it risks becoming an albatross around taxpayers’ necks.

The provincial government all but admitted that conundrum when it unveiled its budget last week. It vowed that ATB’s “strategic direction” would be strengthened so that taxpayers would receive “more value” from owning a bank.

“This includes clarifying the organization’s mandate to manage its business in a commercial and cost effective manner and avoid undue risk of loss while earning risk adjusted rates of return similar to, or better than, comparable financial institutions,” according to the province’s budget documents.

That’s a roundabout way of saying that Alberta’s taxpayers are getting a poor return on their investment, and are still being exposed to too much financial risk by backstopping a public bank.

The numbers speak for themselves. ATB’s annual profit declined by 50 per cent on a year-over-year basis to $139-million in the financial year that ended March 31 after credit losses spiked. The province is forecasting ATB’s net income to be $153-million in its current financial year, increasing to $243-million and $284-million in 2020-21 and 2021-22, respectively, according to its budget documents. But that’s as good as it gets, according to the province’s estimates. In 2022-23, ATB’s profit is forecast to be flat.

But taxpayers have other reasons to be worried. Since the province remains both ATB’s owner and its regulator, there is a risk of moral hazard as we’ve seen in the past. And ATB took a financial hit from the asset-backed commercial paper crisis which prompted the Alberta government in March, 2009, to prop up ATB’s balance sheet with $600-million in “notional capital," an irregular paper-based transaction. That notional capital is gradually being reduced, but remained at just less than $100-million at the end of March, 2019.

In other words, ATB isn’t subject to the same oversight as a regular bank, and taxpayers simply can’t afford the risk. Alberta has no business running a bank.

Opinion
Federal election 2019: A Liberal minority is what the energy industry feared most Subscriber content
October 22, 2019 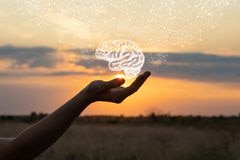 Knowing your goals and avoiding bias is key to long-term investment plan success
May 10, 2019 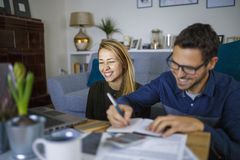