When Gerald Cotten, founder of QuadrigaCX, died suddenly in India last December, law-enforcement agencies in at least two other countries began investigating whether Canada’s biggest cryptocurrency exchange was a front for an elaborate cybercrime.

Roughly $214.6-million in funds, belonging to 76,000 Quadriga users, vanished after the Canadian man’s death. Since then, only $33-million has been recovered, and more of Mr. Cotten’s cyberscams have come to light. Although police in Jaipur ruled out foul play, questions remain about what Mr. Cotten was doing in India and what he did with all the money.

This international case could be easier for the RCMP to crack if Canada and India had made progress on their years-long pledge to partner on combatting cybercrime. Instead, strained bilateral relations are hindering much-needed momentum at a time when cyberattacks are posing a growing threat to Canadian consumers and businesses.

But with federal elections now over in both countries, there’s a new imperative for Canada to collaborate with India on cybersecurity through improved intelligence sharing and increased bilateral trade. Canada desperately needs a hedge against China and the United States after being stung by both global superpowers in recent years. And with India expected to become the world’s second-largest economy by 2030, our Commonwealth cousin is Canada’s best bet.

”We’re looking at what they call a G2 world, as opposed to a G20 world, where we’re seeing effectively the emergence of two economic superpowers," said Aaron Shull, managing director and general counsel of Centre for International Governance Innovation (CIGI), a Waterloo, Ont.-based think tank.

“The tension between [China and the U.S.] is palpable. It’s playing out in the WTO [World Trade Organization] and looks and feels like a trade war. But there’s something deeper than that, and something more insidious than that. It is really a fight for the soul of the digital economy."

Canada, meanwhile, is increasingly finding itself stuck in the middle of that Sino-U.S. brawl, he said. Canada is under pressure from Washington to ban Huawei from this country’s 5G wireless networks, and has become collateral damage in the U.S. investigation of Meng Wanzhou. The chief financial officer of the Chinese telecommunications behemoth is facing extradition after being arrested at Vancouver International Airport a year ago, at the request of U.S. officials.

China’s subsequent arrests of Canadians Michael Kovrig and Michael Spavor were retaliatory, as were that country’s ensuing trade actions against Canadian canola, soybeans and meat. Even when China lifted its ban of Canadian pork imports this month, the Asian country made a point of telling the world that Sino-Canadian relations remained damaged.

We’ve also been humiliated by the U.S. Our largest trading partner and closest ally didn’t hesitate to deem Canada a “national-security threat” to justify costly tariffs on Canadian steel. “We were declared a national-security threat while our soldiers are fighting side-by-side with American troops," Mr. Shull said. “It was a wake-up call to diversify with urgency."

Mr. Shull, who was part of an Ontario trade delegation to India last week, says now is the time for Canada to turn its attention to the country. He’s authored a report jointly published by CIGI and Gateway House, a Mumbai-based foreign-policy think tank, titled Opportunities for Cooperative Cyber Security. The main takeaway: Collaborating on cybersecurity will allow Canada and India to promote both their respective national-security and economic interests even in the absence of a comprehensive free-trade agreement.

“Despite being geographically antipodal to one another, the two countries share a common interest in that they have been affected by numerous acts of cyber espionage suspected to have emanated from China," reads the report, which is under review by officials in Ottawa and New Delhi.

Citing examples such as the 2014 cyberattack on Canada’s National Research Council, the report calls for Canada and India to improve evidence sharing and forensic co-operation. It also recommends increased bilateral trade in cybersecurity technology and services and improved labour mobility between the two countries so that Canadian companies can fill the growing talent gap for cybersecurity professionals.

A 2018 report by professional services firm Deloitte said that demand for cybertalent in Canada is increasing by 7 per cent annually amid a global war for talent.

Demand for qualified candidates is only poised to increase. There were 32,968 police-reported cyber-related violations in 2018, according to Statistics Canada. That’s more than double the amount reported in 2014.

Still, cybercrimes are likely underreported in this country. A 2019 survey by the Canadian Internet Registration Authority found that 71 per cent of Canadian organizations were affected by a cyberattack last year.

“There’s no longer a dividing line between national security, economic prosperity and technological innovation," Mr. Shull said. "Those things have collapsed on top of each other.” 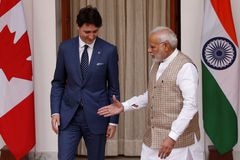 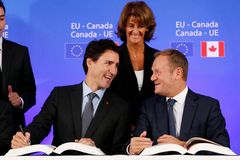 Opinion
Canada-U.S. trade relationship is back to normal, but it’s nowhere near free
Subscriber content
June 12, 2019 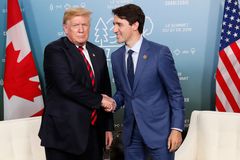