Defying global patterns, Canada’s attraction of foreign direct investment in 2018 increased by an impressive 60 per cent.

Yes, a year-over-year increase of 60 per cent for global investment into Canada that eclipsed the 10-year average by 11 per cent. Remarkably, this happened in a year when global capital flows into developed economies dropped by 40 per cent, and capital outflows from China into Canada dropped by more than 20 per cent.

Let’s take a look at why this is happening – in both the context of significant geopolitical shifts and how Canada is being perceived by global investors.

Historically, the United States has been the dominant force behind investment into Canada. But last year, non-U.S. FDI in Canada increased by more than 300 per cent, reducing our dependence on U.S. capital investment, which at 42 per cent of the total is well below its 10-year average of 53 per cent. And while investments into the energy and mining sector showed an uptick from 2017 levels, energy was far from being the dominant investment driver it has been many other years in which Canadian FDI rose above historical averages.

The quick takeaway here is that not only are we now less reliant on the United States and the energy and mining sectors to fuel growth, but we’re also doing a better job attracting investment from global companies in a greater variety of sectors.

For example, investments in manufacturing increased by 450 per cent since 2016 and Canada’s technology sector has captured unprecedented global attention. This growth builds on long-running successes such as the Scientific Research and Experimental Development (SR&ED) program, as well as aggressive new tax measures. For new investment projects, Canada’s marginal effective tax rate is now at 13.8 per cent, almost five full points below the U.S. and lowest in the Group of Seven. More than just being competitive, we lead the way with the tax measure that is the single most determinant factor in attracting the next investment dollar.

Yet what’s even more important to global capital flows is talent – the new currency attracting more and more investors. Again, Canada is leading the way. Our universities, colleges and vocational institutions continue to produce top-tier talent that fuels this country’s growth.

Plus, the decades-long brain drain from Canada has shifted to a brain gain. In the past five years, Toronto and Vancouver have recruited more technology workers than San Francisco and Seattle combined.

What’s more, in 2018 a record high 572,415 international students came to Canada. These students can now fast-track to permanent residency and continue building Canada’s status as the world’s most educated work force.

And, yes, investors are taking notice. Our success in talent attraction and retention stands in stark contrast to what’s happening elsewhere in the world. Advantage: Canada.

Canada is showcasing its global leadership in other sectors that will not only shape the 21st century but also attract more FDI along the way. These sectors – framed by the federal government’s Supercluster Initiative – include digital technology, protein industries, advanced manufacturing, AI and ocean sciences. Hundreds of Canadian and multinational companies are collaborating in clusters across the country to create innovative products, services and solutions for the global economy.

As we move forward into a future that reflects a more sustainable world economy, the $40-billion LNG Canada project – the largest-ever private sector investment in Canada – is under way: five countries in a partnership to source and send Canadian liquefied natural gas to Asian economies, accelerating their shift away from coal-fired plants.

So does this 60-per-cent increase mean Canada is out of the woods in terms of long-term, sustainable FDI flows? Far from it.

To encourage global investment, we need to recognize and articulate Canada’s significant competitive advantages – including talent, corporate tax measures and an abundance of natural resources – while we address policies that impede capital flow.

That’s what it will take to attract foreign capital. In 2018, we had a formidable start. Let’s ensure the trend continues. 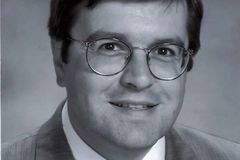