Doris Grinspun, RN, is CEO of the Registered Nurses’ Association of Ontario.

The Globe and Mail’s André Picard recently put his finger on a major consequence of the new Ontario government’s decision to revert to private drug insurance while offering public coverage for “eligible” costs for children and youth who lack private insurance or whose coverage is inadequate for a given expenditure. The result is that the government becomes the insurer of last resort. The decision is along the lines of the Quebec model, which obliges most employers to provide drug insurance to employees, with uninsured people relying on the province. As Mr. Picard pointed out, that contrasts with a single-payer, universal pharmacare model.

On the face of it, it may seem cheaper for governments to let employers do the heavy lifting and fill in coverage gaps for those who don’t have private drug insurance. However, research published in the Canadian Medical Association Journal on the Quebec model is sobering. Compulsory drug insurance did increase the compliance rate on prescribing by lowering out-of-pocket costs, but Quebec compliance is worse than in countries that had lower out-of-pocket costs. And the per capita cost ($1,087 in 2014) was higher than in the rest of Canada ($912). The cost in comparable countries with universal public-health insurance that includes pharmacare was $629. Countries such as New Zealand ($369) and the Netherlands ($494) had even lower per capita costs.

It is not surprising that Quebec pharmacare is so expensive. Its model has expanded coverage slightly through mandatory insurance – but at great cost, because it does nothing to address the drivers of excessive drug costs. A universally accessible, single-payer model would solve this problem because such a system greatly reduces administrative costs; the government has the bargaining power to counter the monopolistic pricing practices of drug companies protected by unreasonably strong patents; and properly constructed, evidence-based prescription guidance and a national formulary will lead to more effective and cost-efficient prescribing.

Nurses support a first-dollar, single-payer universal pharmacare program because it solves many challenges of accessibility to prescription drugs. Too often we see patients who become ill because they can’t afford their medications. This is why all countries with universal access to health care also have universal access to pharmacare – with the exception of Canada. Nurses say it is simply unacceptable in a country as rich as ours that people suffer illness and death because they can’t access medications. The discussion should stop here. However, the business case for single-payer pharmacare is so compelling that we don’t even have to appeal to moral or health principles.

The fact is Canadians pay much higher prices for drugs – about 35 per cent more – than the median for countries in the Organization for Economic Co-operation and Development, and Canada has the highest per capita drug expenditure in the OECD after the United States. It’s been estimated that Canadians could save $7.3-billion to $10.7-billion (42.8 per cent) a year under a national pharmacare system. The bulk of those savings would accrue to employers who currently pay for drug insurance as part of their employee health plans. Even if the government took back some of those savings via taxes to help cover the cost of pharmacare, the net effect would be a major competitive advantage for Canadian employers, much in the way medicare is. A 2017 estimate from the Council of Canadians puts the potential cost savings to employers at $1 per hour per worker, in addition to the $4 cost advantage they already enjoy due to medicare.

Mr. Picard is right when he says there are two competing visions for paying for prescription drugs. And only one of them will guarantee access and save money. We can and must do better for Canadians as patients and as taxpayers. What Ontario’s changes to OHIP+ tell us about the future of national pharmacare
July 1, 2018 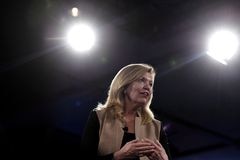 Health ministers call for national pharmacare − but who pays?
June 29, 2018