When I told my parents that I didn’t want a big Indian wedding, they stared at me in disbelief.

Like many immigrants from India, they’d spent years saving for the occasion. So, when I told them that their idea of a dream wedding, which included a guest list of 600, would be a waste of money, they were offended.

“This is my day, not yours,” my mom told me at the time. “What will people think?!” For those not familiar with Indian culture, that’s brown-mom speak for: Stop ruining my chance to show off. My father also laid on the guilt: “One day you’ll be grateful that your parents spent the money.”

Sorry, Mom and Dad, that day hasn’t come. My husband and I will celebrate our 17th anniversary this year, but we still think our big, fat wedding was a colossal waste of cash. Although we persuaded my folks to cut the guest list in half, they still spent about $50,000 on the ceremony and the reception in 2003.

When factoring in inflation, that’s the equivalent of more than $66,000 today – a total that doesn’t include the thousands of dollars they spent on 22-karat gold jewellery since my birth in anticipation of my wedding day. If my parents had invested the 50-grand in a TSX index fund, and reinvested the dividends, it would be worth more than $180,000 today.

With Indian wedding season under way, parents of a whole new generation are about to blow their savings – whether they can afford to or not. The average cost of an Indian wedding in Canada is $100,000, according to a documentary titled Little India Big Business. Some have events that stretch over an entire week.

Sanity needs to prevail. Cultural expectations for big weddings are out of whack with economic realities in Canada. Since most of us don’t earn money like Bollywood movie stars, it’s time to face some hard truths about our finances and teach our kids that it’s the marriage that counts, not the wedding.

That message is starting to take root in the motherland.

Wealthy Indians are cutting back on wedding expenses because of economic uncertainty, according to a report in the Financial Times earlier this month. Not only is India’s economic growth slowing, gold prices are rising because of tensions in the Middle East.

Even the Indian government has also weighed in on the issue, criticizing weddings for being too big and wasteful of food. On average, Indians will spend roughly one-fifth of their accumulated wealth on a child’s wedding, according to a report by KPMG and Google. If you’ve attended an Indian wedding in Canada, it’s easy to see that many immigrants and their children maintain that level of grandiosity.

Big weddings are often a status symbol in India. But in the Canadian context, visible minorities, and especially new immigrants, face other financial challenges. While our relatives in India often imagine expatriates and their children as well-to-do, visible minorities in Canada can expect to make less money, relative to white men, despite higher levels of education, according to a new report by the C.D. Howe Institute.

Immigrants, especially recent arrivals, have a tougher time finding work in this country because of how their work experience and skills are valued in the Canadian labour market, the study said. It found the earnings gap between Canadian-born white men and recent-immigrant visible-minority men and women was 40 per cent and 61 per cent, respectively.

Immigrants come to Canada with an average of roughly $47,000 in savings, according to a 2015 study by Bank of Montreal. Given that many immigrants also fund their parents’ retirement, it’s hard to see how spending $100,000 on a wedding makes financial sense.

Instead of bankrolling big weddings, parents should ensure their kids are positioned to reach their maximum earnings potential as individuals. University tuition fees are expensive and housing costs a fortune even in the suburbs. So, if Indian parents are really interested in helping their children, there are better uses for their money. I’ve told my own two children that I’ll fund their education – not their weddings. Our daughters, in particular, should be financially independent long before tying the knot.

Although paying for my wedding wasn’t a financial setback for my parents, I still wish they’d saved the money or spent it on themselves. I never wear my wedding saris or all that gaudy gold jewellery.

My parents, though, have no regrets.

“Give it another 17 years,” my dad said this week. “Then you’ll see that we were right." 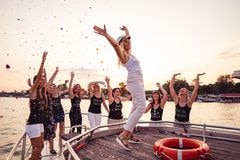 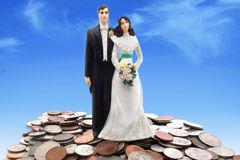 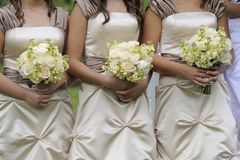