Over the past two decades, short-term thinking in corporate decision making has become a trend by default. Advances in technology have fuelled this fundamental shift, and the human preference for what’s right in front of us has accelerated it.

As an academic business historian who specializes in the long-run experience of companies, I am more aware – and alarmed – than most people are about how structures and strategic thinking now favour the short term.

Two personal experiences capture how many executives review the past and connect it to the present. The first came when I advised senior telecom executives in the early 2000s. One insisted on using an entirely new calendar based on “Web” years, beginning at Year One (2000). Changes were coming so furiously in the business, he argued, that what used to happen in a year now happened in a quarter. A new way to mark time itself was required.

By the end of 2001, we were already at Year Eight. As with previous revolutionary calendars in history, however, this one did not survive long.

The bookend to that experience came this year. A technology executive explained to me how Big Data was already transforming the foundations of decision making. When I asked if long-run data was taken into account in his dataset, he replied, “Of course – all the way back to 2014!”

The examples show two aspects of the same short-term phenomenon. In the first, the tech transformation of the dot-com boom induced executives to believe they were living in an accelerated age. The past? An afterthought.

In the second, we see the potential of Big Data to discern unseen patterns. But limitations arise if you don’t join that data up with long-run perspectives. The question today, then, is: Will Big Data, with its genius for the short term, dominate at the expense of what I call “Experiential Data,” which incorporates the long-term view?

At a macroeconomic or public-policy level, Experiential Data can play an important part in generating insight. Earlier this year, former Clerk of the Privy Council Kevin Lynch and I published an article in Policy magazine about how North America’s experience with the first wave of monopoly formation a century ago can inform public policy today. The exercise proved that while the particulars may be different, the debates are often very similar.

The necessity of incorporating insight from hindsight is the reason the Canada-UK Long Run Initiative (LRI) was formed in 2018. The LRI creates a unique forum for senior historians, corporate executives and government policy makers to discuss issues of shared priority.

In November, the LRI played host to a roundtable in Belfast on confronting the productivity challenge to North Atlantic economies. After 250 years, productivity growth has stalled. The event combined academic, business and government perspectives, and it was the beginning of an overdue conversation.

At the enterprise level, capturing institutional memory is frequently the last consideration when managers leave or retire. All of their experience walks out with them.

Corporate archives are also on life support. Their data intake pipelines can be so reduced that they are unable to provide even basic raw materials about key events in the life of the firm.

Think of your own company over the past 20 years and how it has dealt with, say, the five biggest challenges it has faced. If yours is like most firms, scant analysis of those experiences is available.

The focus on “here and now” at the cost of “there and then” has profound strategic consequences in the form of lost insight.

Of course, transmitting the understanding of the past requires resources, research and specialists. But it must also respect the limited time executives have. The forms – succinct case studies, briefing notes, discussion papers and, in exceptional cases, articles and books – should be written with decision makers in mind.

The short-term mindset is powerful: Our technology and our habits lead us that way. It’s the default drive of decision making. But confronting great challenges inside an enterprise and beyond it means codifying experience – the successes, failures and everything in between – for better decision making.

Firms that make strategic use both of the potential of Big Data and the explanatory power of Experiential Data have the best chances of making well-informed decisions. Executives who can bring together the dynamism of the short term with insights from the long-run experience of their company and their industry will have strongest odds of standing the test of time.

Dr. Laurence B. Mussio is CEO of SIERC Canada, and a Co-Founder and Director of the Long Run Initiative (LRI), which is based in Toronto and Belfast, Northern Ireland. www.longruninitiative.com 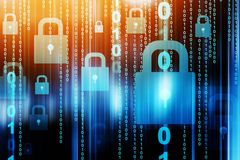 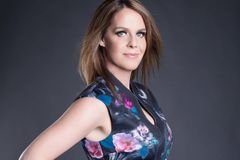