Like a dog chasing a car, executives at Hydro One Ltd. are going into the new year determined to complete their $4.4-billion takeover of U.S. utility Avista Corp.

The acquisition, launched in the summer of 2017, seems doomed to fail. Regulators in Washington state, Avista’s home turf, turned down the deal earlier this month over concerns with Ontario Premier Doug Ford’s interference in the utility’s affairs. Hydro One shares jumped on the news, demonstrating that many investors were happy to see the transaction die.

Yet Toronto-based Hydro One moved quickly to appeal the U.S. regulator’s decision. They are sticking with plans to consummate a marriage between electrical and gas transmission systems that seemingly have little in common, as their networks are on opposite sides of the continent and share none of the cost-cutting synergies that typically underscore takeovers.

Hydro One’s motivation in pressing for what’s become a long-shot deal reflects the sorry state of its affairs in Ontario, and the potential it sees in Avista’s operations in Washington, Oregon, Idaho and Alaska.

The reasons for pressing ahead start with money. Like most takeovers, Hydro One’s bid for Avista in July, 2017, came with a termination fee. Right now, if the deal doesn’t close, the Canadian company owes its U.S. target US$103-million. That fee alone warrants filing an appeal of the Washington state decision.

The more compelling reason for getting the takeover back on the rails lies in the way regulators treat the two companies. Hydro One and Avista are monopolies offering an essential service, so government agencies play a key role in determining their financial results, in much the same way umpires dictate the results of a baseball game.

Of late, Hydro One is consistently striking out when it appears before the Ontario Energy Board (OEB), the umpire in every major decision in the utility’s home market. In contrast, Avista enjoys a far better batting average with U.S. regulators.

The biggest swing-and-miss with regulators for Hydro One dates back to the utility’s IPO in 2015. When Ontario partly privatized the company – the province still holds a 48-per-cent stake – it created $2.6-billion of future tax savings. Hydro One took the view that the full value of these savings should go to its shareholders.

In 2017, the OEB ruled otherwise, deciding that 29 per cent of the tax savings should go to rate payers in the form of lower electricity bills, while 71 per cent of the cash would go to Hydro One shareholders.

Hydro One is appealing the OEB decision, but legal precedents suggest that the company is going to lose this battle. Court decisions on similar cases involving ATCO Group in 2006 and Toronto Hydro in 2010 enshrined the power of regulators.

Regulators are also blocking Hydro One’s attempts to consolidate the Ontario market by taking over smaller electrical transmission networks. In the fall of 2018, the OEB turned down the utility’s $41-million bid for Orillia Power Corp., a takeover first launched in 2016. Hydro One is attempting to revive the takeover by restructuring the terms, but the provincial regulator’s skepticism is clear. In contrast, analysts say U.S. government agencies have been open to consolidation of regional utilities.

Buying Avista would give Hydro One an opportunity to expand in jurisdictions that allow the utility to make higher profits on every dollar it invests in the business. It’s the regulators who dictate financial results, with agencies such as the OEB setting a limit on the company’s return on equity (ROE).

In Ontario, regulators allowed Hydro One to earn an 8.78-per-cent ROE when the Avista takeover was announced. At that time, state regulators in Washington, Oregon and Idaho let Avista make a 9.4-per-cent to 9.5-per-cent ROE, while in Alaska, the utility can make a 12.88-per-cent return. The gap between the ROE permitted in Ontario and the U.S. jurisdictions becomes significant to the bottom line when applied to Avista’s $3.9-billion of equity – for regulatory purposes, Hydro One has $17.8-billion of equity.

Acquiring a utility in the western U.S. would open up a world of growth prospects for Hydro One in regions where benevolent regulators sign off on higher profits. If the takeover fails, Hydro One will pay a steep termination fee and remain landlocked in a province with a hostile regulator and a major shareholder, the Ontario government, that has pledged to lower electricity rates by all possible measures. Chasing the Avista deal, no matter how long the odds, makes business sense for Hydro One. 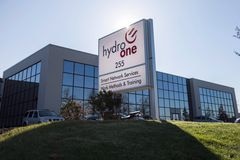 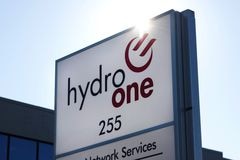 Opinion
Doug Ford needs to step back and let Hydro One’s board do its job
December 14, 2018 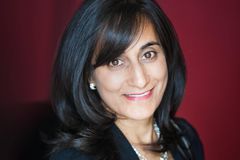