Marina Pavlovic is an associate professor at the University of Ottawa, faculty of law, and a member of its Centre for Law, Technology and Society. Her work focuses on consumer rights in digital economy. She tweets about it at @pavLAWich.

Everyone has a telecom horror story – a tale of frustration involving a long wait on the phone to understand (and dispute) charges on a bill or negotiate a less expensive plan. So it is no surprise that the story of a telecom consumer fighting back and winning is touted as a David and Goliath story, giving other frustrated consumers hope.

CBC Go Public recently published the last installment of a months-long investigation into telecom sales practices, featuring David Ramsay of Toronto, who took his provider, Bell Canada, to small-claims court over pricing promises he thought Bell had made to him. In November, 2016, over the phone, Mr. Ramsay purchased TV and internet services and was assured by the agent that his monthly price was guaranteed for 24 months. He later received by e-mail Bell’s Terms of Service, which included a provision that Bell can make changes to the contract at any time and will give users a 30-day notice of the changes. Predictably, two months after Mr. Ramsay signed up for his services, the price went up by $5.

Less predictably, Mr. Ramsay pursued his case with perseverance. He contacted Bell to no avail; unsuccessfully filed a complaint with the Commission for Complaints for Telecom-Television Services (CCTS), Canada’s communications ombudsman; commenced a small-claims action against Bell; declined Bell’s offer to settle it (twice) and won, 18 months after the initial contract was concluded. Mr. Ramsay represented himself in the small-claims court, while Bell was represented by an in-house paralegal.

In his judgment, deputy judge W.C. De Lucia, found that the conversation between Mr. Ramsay and the sales agent constituted a valid contract and that Bell could not unilaterally change that contract, including the price, during the 24-month contract term. Deputy judge De Lucia awarded Mr. Ramsay $340 in damages and $770 in costs.

Mr. Ramsay’s case raises two legal issues that are at the heart of consumer confusion and frustration. First, what are the terms of the contract: Is it what was agreed to on the phone or at the door or is it what was subsequently delivered by e-mail? If the contract is viewed as a general verbal agreement, which is what deputy judge De Lucia found in Mr. Ramsay’s case, then the terms are only what was agreed to in the call.

But if it’s viewed as a remote consumer contract under the Ontario Consumer Protection Act , then the e-mailed Terms of Service are the actual terms. However, in the latter case, the service provider ought to have disclosed main terms, including that it could make unilateral changes. The provider’s failure to disclose these terms gives consumers the right to cancel the contract within a year and receive a full refund of what they paid to date.

The second issue is whether the service providers can make unilateral changes to the contract terms, including the price, and the answer gets more complicated, because it depends on the type of service (even if they are all part of the same bundle).

Confused by all of this? Welcome to the convoluted maze of consumer rights in communications.

While Mr. Ramsay’s small-claims victory gave him the desired outcome, it is likely to be of little value for other consumers in the same circumstances. Small-claims court decisions, even when published (and this one was not) are hardly precedent-setting. Let’s be realistic: Consumers do not have the knowledge, time, energy or resolve to pursue their claims past the initial call with the provider (if that much). And if they did, the small-claims courts or the CCTS would not have the capacity to handle the volume of potential complaints and, more importantly, they could only resolve each individual consumer’s issue.

The current model is neither working nor optimal. It’s a systemic problem that needs a multipronged systemic solution.

First, we need a single uniform code of consumer rights in communications, rather than a separate code for wireless services and TV (and no code for internet or home phone). A single code would make it easier for consumers and providers to know their rights ahead of time.

Second, we need robust and proactive enforcement and compliance monitoring of the code, especially with the disclosure requirements, whose very purpose is to assist consumers in making informed choices.

Third, a suite of information tools and information mediators are needed for raising consumers’ awareness of their rights. Currently, there is a dearth of valuable relevant information about consumer rights in communications and there is a heavy onus on consumers to inform themselves. Furthermore, the information pathway heavily relies on the service providers to give relevant legal information to consumers.

As the first step, Uttra Gautam and Selena Lucien, two uOttawa law students are developing interactive pre-purchase tools for wireless contracts. The next step will be to engage various information intermediaries, such as legal aid clinics, community health centres, referral centres, public libraries, organizations working with refugees and new immigrants, and those that deliver social services, to use the tools. 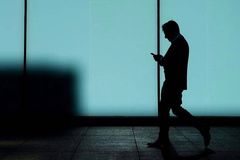