Stephen Gordon and Christopher Ragan are professors of economics at Université Laval and McGill University, respectively. They are co-organizing an online conference on the Bank of Canada’s mandate review from Sept. 22 to 25.

Our governments have scrambled to design massive policy responses to the COVID-19 pandemic, and we learn about those measures every day. Yet the Bank of Canada’s involvement has received less comment than it deserves, and with the bank’s mandate up for renewal next year, it is time for a proper debate over its most appropriate policy objective.

To the surprise of many non-economists, the Bank of Canada – like all central banks – is regularly in the business of “printing money” and using it to buy government bonds. This usually happens at the rate of a few billion dollars per year.

But with the onset of the pandemic, and the federal government now on track to run a massive budget deficit of about $380-billion this year, the Bank of Canada announced that it would purchase about two-thirds of the new federal bonds. This action represents a sudden and unprecedented increase in the bank’s balance sheet, and causes considerable worry among many observers about future inflation.

By all appearances, this decision to “monetize” much of the government’s new debt was made by the bank’s governor, and not by his direct boss, the Minister of Finance. Though the governor reports to the minister in a technical sense, the current legislation governing the bank gives the governor operational independence to make the day-to-day decisions required to achieve the bank’s mandate – which currently is focused on keeping the annual rate of inflation close to 2 per cent.

The bank may have that operational independence, but the ultimate responsibility for setting its mandate lies with the government. Since the early 1990s, the bank’s mandate of targeting 2-per-cent inflation has been maintained every five years as it has come up for renewal, and there was little public debate on those occasions.

The next mandate renewal is in 2021, and this time the debate deserves to be more robust. We agree there is not a strong case for drastic change. Inflation targeting has been a clear success since its inception. Inflation has fluctuated within a narrow band and its average level over the past 25 years has been almost exactly 2 per cent.

But there are other approaches to monetary policy. The economic events over the past decade have revealed some of the limitations of central bank actions, and these should lead us to examine very carefully whatever alternatives are available.

The easiest options involve relatively modest changes to current practice, but have potentially far-reaching implications. One option is to reduce the inflation target, perhaps even to zero, so that the purchasing power of money stays more or less constant. Another is to increase the inflation target to 3 per cent or 4 per cent, which might reduce the risk of the economy falling into a low-inflation recessionary trap.

A bigger change to the bank’s mandate would require it to target the level of the Consumer Price Index – rather than the index’s growth rate, which is inflation – so that past deviations from the target are corrected in the future. A variant on this option is to target the level of nominal GDP, which combines both price and output fluctuations. Recent announcements suggest the U.S. Federal Reserve is thinking along these lines.

Even larger changes to the mandate would have the bank target inflation plus an additional variable. The bank could target consumer price inflation and pay closer attention to rapidly rising asset prices – such as stock prices and house prices – before they create bubbles that may burst and create financial crises. Or the bank could be given a different so-called dual mandate, which would likely require it to target inflation and the unemployment rate.

Past debates about the bank’s mandate have been quiet affairs. Most discussions took place behind closed doors, either at the Bank of Canada or inside the federal Department of Finance. As a result, previous mandate renewals have involved little in the way of public engagement and debate. To its credit, the bank is now making a more determined effort to promote public debate for the upcoming mandate renewal.

Most Canadians do not think about the details of monetary policy, and that’s okay. But the details actually matter for the prosperity of millions of Canadians, and it is crucial that we get those details right. Here’s hoping that the upcoming policy discussion will be open to all who want to join. 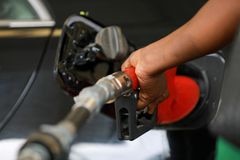 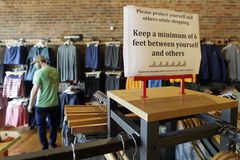