A small company out of Montreal called GHGSat announced last month that it had raised US$10-million that will go toward building two microsatellites, both packed with sensors capable of pinpointing methane leaks and other greenhouse-gas emissions with unprecedented accuracy.

The size of the deal wasn’t huge by space-industry standards, but that was arguably the least important part of the announcement. It was the name behind the deal – OGCI Climate Investments LLP, a billion-dollar fund backed by 10 global oil and gas companies representing 30 per cent of global production.

If you’ve had doubts about how much big industry cares about managing emissions – especially as the Trump Administration rolls back Obama-era regulations on monitoring and reducing methane leaks – the GHGSat financing is the latest indication that weakened U.S. environmental policies are doing little to slow down global climate action and the trend toward pricing carbon.

While national governments come and go, global industries are increasingly choosing to play the long game in reducing their carbon footprints.

GHGSat has so far monitored emissions from well over 2,000 industrial sites around the world. Target markets include big oil-and-gas companies, power-generation facilities, mining giants and agricultural operations. The demand is there. For industry, accurately measuring GHGs is the first step to effectively managing those emissions.

Not that the reduction part is easy. Western nations have done a decent job of lowering the carbon content of their electricity generation, largely by reducing reliance on coal and using more natural gas, wind and solar for power production. This has given momentum to the electrification of transportation.

Electric car sales are close to reaching a major tipping point, with European Union lawmakers just last week voting to back a target to cut car and van emissions by 40 per cent by 2030. “Meeting this will require millions of EVs on European roads,” said transport analyst Colin Mckerracher of Bloomberg New Energy Finance.

More municipalities and school boards are embracing electric buses, while there have been major inroads toward electrifying trains, ferries, ships and even planes. As our electricity becomes cleaner and as more of our travel relies on that low-carbon power, the GHG footprint of the world’s transportation fleet will shrink.

Lowering carbon emissions in big industry, on the other hand, is tricky business. Many industrial processes rely on immense amounts of heat, not electricity, and that energy tends to come from fossil fuels such as natural gas, coke and diesel. Those same fuels also drive much of the heavy machinery used in facilities, fields or mines, where electrification has been slower to come.

Still, there has been some remarkable progress. In mining, Vancouver-based Goldcorp Inc., the fourth-largest gold producer in the world, is electrifying most of the machinery used to extract and move gold ore and waste through its Borden project near Sudbury. The company expects to cut GHG emissions at the site by up to half, with potential for deeper reductions.

Earlier this year, Rio Tinto and Alcoa Corp. – with Apple on board as a collaborator, investor and aluminum buyer – revealed the creation of a Quebec-based joint venture that boasts a carbon-free smelting process for manufacturing aluminum. In a recent trade magazine interview, Rio’s aluminum chief executive officer Alf Barrios called the proven, patented process “the greatest technological advancement in our industry in the last 130 years.”

For perspective, producing one tonne of aluminum at a smelter creates 12 tonnes of CO2 emissions. If all aluminum smelters in Canada alone adopted this process, it would be like removing up to two millions cars from our roads.

Similar innovation is emerging for the steel industry. Donald Sadoway, a Canadian who has spent the past 40 years of his career as a materials chemistry professor at the Massachusetts Institute of Technology, co-founded a company in 2012 called Boston Metal to commercialize an economical, electrically driven process for turning iron into steel alloy.

Since the Industrial Revolution, the conventional approach to steel making is a smelting process that combines iron oxide and a coal-based fuel called coke in a high-temperature furnace, allowing for oxygen to be pull out of the iron to make a precursor to steel called “pig iron.” Problem is, burning coke emits carbon monoxide which, upon reacting with the newly released oxygen, creates a major CO2 emissions problem.

Mr. Sadoway’s team overcomes this problem using electricity – an electrolytic cell, to be exact – to drive off oxygen without creating carbon monoxide, resulting in virtually zero release of GHG emissions. It’s a big deal, at the very least showing a demonstrable path forward for the steel industry.

And much more is in the works. Toronto-based Canvass Analytics, just two years old, uses artificial intelligence and data analytics to pro-actively and continuously identify how big, heavily automated industrial operations can run more efficiently, resulting in major reductions in energy use and associated GHG emissions. The only by-products are better product quality and the extraction of more value out of existing assets. Can’t argue with that.

The upside is so compelling that Gradient Ventures, Google’s AI-focused venture fund, recently led a $5-million investment round in Canvass, calling such use of AI to improve autonomous operations in manufacturing “the game changer” for industry.

Meanwhile, another Toronto-based company, Kelvin Thermal Energy Inc., has a method of supplying massive amounts of heat to industry by using clean, off-peak electricity to heat up insulated blocks of graphite to temperatures reaching 1,900 degrees. The heat can be stored over long periods and easily extracted to drive processes for mining, cement, oil and gas, and metal production operations.

The emergence of such innovations is accelerating and many are getting early commercial traction. The transition will take some time, likely two or three decades, but it’s no longer accurate to say heavy industry has no economical way forward to significantly reducing GHG emissions.

Progress is being made, faster than you might think.

Opinion
Even if carbon taxes are implemented, are electric cars really the best way to go?
Subscriber content
October 12, 2018 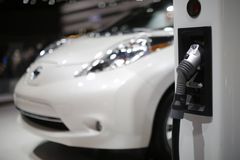 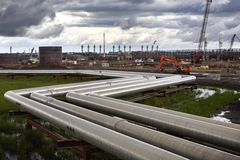 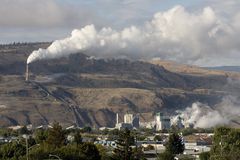