Over five years as Finance Minister, Bill Morneau never stopped sounding like the business executive he used to be. Losing that voice in the federal cabinet during an economic meltdown bodes poorly for Canadians.

Over the course of the summer, it became clear that Prime Minister Justin Trudeau and his crew didn’t like the doses of fiscal reality they were getting from Mr. Morneau – the one minister who had actually run a successful company, benefits consultant Morneau Shepell – and his number-crunching colleagues in the Finance Department. A series of leaks – high-school dances cannot match the backstabbing dramatics found in Liberal cabinets – contrasted with a Prime Minister who wants to think big and green and inclusive with a Finance Minister who kept asking the awkward question of how to pay for it all.

So Mr. Morneau walked. A proven chief executive who only entered politics to serve his country was facing a legacy-defining opportunity to guide Canada out of a crisis and instead opted to resign.

Ibbitson: The political crisis of Bill Morneau’s resignation shows the Liberals at their worst

This is a bad look for Team Trudeau. There is growing evidence that this Prime Minister has no time for colleagues who question his plans – unlike successful corporate cultures that encourage vigorous debate.

CEOs and the legions of consultants who deal with the federal government all say that at some point during the pandemic, the Finance Department lost influence. Spending guidelines that used to define programs went out the window. Suddenly, no one cared about the absolute size of the deficit – $343-billion and counting – or the ratio of government debt to GDP. Instead, corporate critics say the Liberal cabinet seems intent on rolling out a series of expensive programs without doing a basic cost-benefit analysis or establishing an overall strategy for an economic recovery.

In Bay Street circles, there are concerns that the federal government is shrugging off record-setting deficits because, hey, there’s a pandemic and interest rates are low. One telling sign of a frayed relationship: Numerous corporate executives say the Prime Minister’s Office recently began reaching out directly to private-sector economists to discuss budgets and borrowing, bypassing its own experts in the Finance Department.

Mr. Morneau’s parting line Monday evening about still wanting to serve his country rang true. His next point – that the best way to do so is to head the Organization for Economic Co-operation and Development – kind of clanged. Quick, name the current head of the OECD. And for bonus points, rhyme off a noteworthy achievement of the organization. Blanking? The secretary-general is Angel Gurria. He’s been there since 2006. His bio states that his biggest win over 14 years was welcoming five new countries to the club – hello, Latvia.

As a second-generation business owner, Mr. Morneau learned to balance what he wanted with what he could afford. He did it well. On his watch, Morneau Shepell grew from a regional player with a few hundred employees to a global company that employs more than 4,000. Successful CEOs get that way by saying no to expensive ideas more often than they say yes. The opposite is true of successful cabinet ministers.

As a rookie politician, the Finance Minister was something of a Boy Scout. He came into the job with a reputation for integrity and significant personal wealth. He was blind, or naive, to the conflicts of interest that become scandals in the gotcha political arena – forgetting to declare a home in France or to pay back $41,000 in travel expenses to WE Charity. Those who know and respect Mr. Morneau winced at his unforced errors. They served to undermine his credibility when he needed it most.

Canada’s next finance minister – Deputy Prime Minister and former journalist Chrystia Freeland – may well be a more skilled politician than Mr. Morneau. However, this Finance Minister and his most successful predecessors – think of Michael Wilson and Paul Martin – entered federal politics after posting winning records in cutthroat industries. During a defining moment for the country, no one else in the Liberal caucus has the credibility in business circles that comes from actually running a major company. 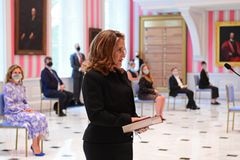 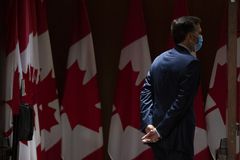