Pedro Antunes is chief economist at the Conference Board of Canada.

We often hear about the economic and policy challenges that Canada faces because of a retiring boomer cohort, but the scale of the problem isn’t always clear, and solutions are limited. The lack of workers is already discouraging business investment, a situation that bodes poorly for growing the productive capacity of our economy. Already today, if not for immigration, Canada’s work force would be declining in numbers, so immigration is key to growing our pool of labour. In addition, measures should be taken to maximize work force participation for under-represented groups.

Over the past two years, employment growth in Canada has been strong, reducing the number of unemployed to record low levels. At the same time, boomers (those ranging in age from 54 to 72) continue to retire, while school leavers (the population 17 to 24) will decline in numbers, at least for the next four years. Today, boomers still number about a third of our work force – more than 6.5 million – but their numbers will dwindle over the next decade as the number of retirees swells.

According to Statistics Canada, 251,000 Canadians retired in the past year – more than the 230,000 or so jobs added to payrolls. This tells us that for most Canadian employers, every net new addition to their work force requires at least two new hires – one person to fill the new position and one to replace the retiring boomer. In addition, many older workers leave the labour force for health reasons or for other personal or family reasons, to take care of a spouse for instance. In all, the number of boomers leaving the work force is likely closer to half a million – about 2.6 per cent of total employment eroded annually.

Canadian employers are faced with the challenge of finding workers with few left among the ranks of the unemployed. In late 2016, there were slightly more than six unemployed Canadians per vacant job; today, there are just over three. The situation is holding back production and there are plenty of examples of companies unable to operate fully because they are unable to fill vacant positions. According to Statistics Canada, there were more than half a million vacant jobs late in 2018.

An upcoming study by the Conference Board of Canada looks at how immigration and other sources of workers can help fill the void left by retiring boomers. The best path forward is for Canada to increase the labour force participation of women, Indigenous peoples and persons with disabilities in combination with gradually raising immigration levels. While immigration will continue to generate the lion’s share of additional workers, increasing labour force participation rates for women, Indigenous peoples and persons with disabilities could add as many as 1.5 million to the labour force by 2030 – helping to support labour force and economic growth in coming years.

Given its demographic pressures, it is incumbent on Canada to identify how it can tackle the common barriers that impede the labour force participation of under-represented groups such as women, Indigenous peoples and persons with disabilities. Lifting labour force engagement among these under-represented groups is not impossible, although tackling this issue would require leadership and funding. For example, affordable daycare is known to help lift the participation rate of women –some studies even suggesting that daycare can pay for itself as it drives up employment, wages and tax revenues. We know that modest investments in physical access to workplaces (such as ramps and handrails) and inclusive practices to better integrate people who have physical disabilities can have a significant impact on the ability of physically disabled Canadians to join the work force. For Indigenous Canadians, a clear starting point is to improve high school completion rates, especially for First Nations’ young adults living on reserve.

While coming up with specific solutions is easier said than done, there is a moral imperative to promote inclusive economic growth – doing so will improve the economic outcomes for such talent sources and their families, alleviate poverty and strengthen our social inclusion and cohesion. 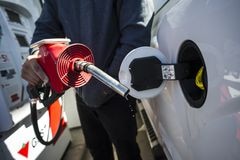 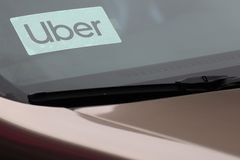 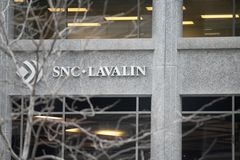