A trio of federal cabinet members looked into the future, on Tuesday, to a time when the only light-duty vehicles sold are electric ones.

Here in the present, needing to put in place policies to make that outcome a reality, their government is somewhat stuck in limbo.

What was announced by Environment Minister Jonathan Wilkinson, Transportation Minister Omar Alghabra and Heritage Minister Steven Guilbeault – a new date of 2035, for the end of sales of internal-combustion-engine, or ICE, vehicles, bumped up from 2040 – is an indication that Ottawa recognizes the urgency of reducing Canada’s transportation emissions, which are very high by international standards.

It’s a “statement of intent,” as Mr. Wilkinson put it in an interview, a signal to the auto sector that Ottawa will go from encouraging the phase-out of gas-fuelled passenger vehicles to making it mandatory. It’s also clearly something Justin Trudeau’s Liberals want to be able to point toward on the campaign trail, if there is an election soon.

But for the regulations that could make the accelerated transition to electric vehicles a reality, Ottawa is waiting for signals from south of the border.

The Liberals have repeatedly indicated that their preference is to continue the tradition of synchronizing Canadian vehicle regulations with American ones. Given the integrated continental market, they don’t want to risk getting far ahead of the much larger partner in it, in ways that could cost manufacturing jobs or hurt consumers. The hope, since U.S. President Joe Biden took office, has been that his administration will introduce strong enough rules to get the job done if implemented here as well.

Tuesday’s announcement both reaffirmed that strategy, and also tacitly signalled some impatience with a policy process in Washington that could eventually compel Canada to move on its own, if this country is to meet emissions-reduction targets and avoid being left behind countries overseas moving more swiftly.

The most obvious regulatory policy to speed up the EV shift, for which the new target could be mistaken, would be a zero-emissions vehicle mandate. That means requiring electric (or hydrogen-powered) cars and light-duty trucks to make up a specific share of automakers’ total new vehicle sales, with the quotas gradually rising until traditional ICE vehicles are banned entirely.

That approach has already been adopted by European countries, China and a group of U.S. states led by California. It’s also recently been taken up by Quebec and British Columbia, leading to concerns that, with a limited supply of EVs currently being made available to Canada as a whole, they could remain difficult for consumers elsewhere in the country to find as automakers prioritize meeting their quotas in those two provinces.

The broad argument typically made by advocates for ZEV mandates is that even as automakers invest billions of dollars in EV development, they want to maximize the profits from ICE vehicles for as long as possible. So they need a push from governments to ensure that EVs get their due in terms of available supply, marketing and other factors contributing to their uptake.

After Mr. Biden won the presidency last November, Mr. Wilkinson expressed some optimism about convincing his administration to go in on that sort of system continentally. But he acknowledged on Tuesday that he doesn’t “get the sense that a national ZEV mandate in the U.S. is top of their list,” which means a continental one wouldn’t be either.

That leaves all eyes on the other major regulatory tool that could accelerate vehicle transition: new tailpipe-emissions standards for all passenger vehicles, which Washington has been developing since Mr. Biden took office, and on which Canada typically synchronizes with the U.S.

Ideally the new rules, which regulate the fuel efficiency of automakers’ entire fleets, will be so stringent that the only way for the automakers to meet them will be by vastly increasing their EV sales – achieving a similar result to what a ZEV mandate would.

But while those new regulations are expected this summer, there remains much uncertainty around their ambition and their scope. It’s possible they will do little more, for now, then restore something approximating Obama-era standards (weakened under Donald Trump) through 2025, rather than lay out a clear emissions-reduction trajectory through this decade and beyond.

There are all sorts of complex possibilities for how Canada could respond to that. That includes aligning fuel-economy rules with California and other states inclined to be more ambitious than Washington. (Mr. Trudeau’s government has said that in the future it will synchronize with “the most stringent performance standards in North America.”)

The bottom line, though, is that unless Mr. Biden’s administration proves very aggressive, very quickly, Ottawa is going to need to back up its new EV target with strong new domestic policies for it to be credible.

Purchase incentives and investments in charging infrastructure, beyond existing ones, are probably part of the equation regardless of where the regulatory process goes. But the less Canada can piggyback on the U.S., the more inescapable a national ZEV mandate will become.

Crucially, the choices facing the federal government – how much to wait on the Americans, how swiftly to move without them – aren’t just about what happens from 2035 onward. If they were, it would all be a lot easier, because market forces suggest EVs might take over by then anyway.

But to hit Canada’s new target of reducing total national emissions at least 40 per cent by 2030, fossil-fuel usage for transportation needs to go down well before then. At the same time, considering modern vehicles’ durability, any gas guzzlers sold in the next decade-plus could be on the roads into the 2040s.

And if Canada is to make good on the Liberals’ recent talk of competing globally with a domestic EV supply chain, a strong domestic market in the not-too-distant future is likely part of the puzzle.

For now, pending Mr. Biden’s plans, a signal of intent may have been as far as Mr. Wilkinson and his colleagues could responsibly go. But this country doesn’t have the luxury of waiting on its neighbour much longer. 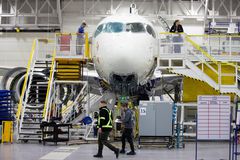 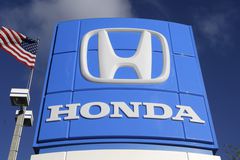