The words “designed for women” in advertising are generally a pretty good cue to start cringing. The phrase typically signals an ostensibly neutral product made smaller, more expensive and pink, then reintroduced to the market through a patronizing advertising campaign (see “Bic for Her” fashion pens, “Go Girl” low-carb energy drink, pastel-coloured tool kits and fuschia pepper-spray canisters). Last year, in a cartoonish example, Indra Nooyi, then-CEO of PepsiCo, earned the ire of the internet when she raised the possibility of introducing a daintier “Lady Doritos” product – now smaller, with less cheese dust.

In the history of stuff-making, very few products and systems have been designed with actual women in mind. Everything from running shoes (men’s and women’s) to AI algorithms to crash-test dummies are designed with men as the default – a fact that has rarely considered real-world consequences for how effectively these products serve women, and improve and, in some cases, protect women’s lives.

Recently, there has been an explosion of disruptor brands seeing enormous growth by creating products and services that are genuinely for women by women: bras that address common fit concerns and the incredible diversity of body types (Knix, Knixteen); “period underwear” that protects against leakage (Thinx); dating sites that empower women to shut out the abusive trolls that infest other platforms (Bumble); women-only workspaces that foster professional growth, collaboration and mentorship (The Wing); and investment platforms geared to women’s concerns and priorities (Ellevest).

What are these designed-for-women brands doing differently? To start, women are the ones conceiving of and developing these products and services. In most cases, the founders say they were inspired by their own frustration and inability to find products that met their needs. Second, these founders are talking and listening to real women to discern their customers’ preferences and pain points. Most importantly, these products and services are solving problems that women actually have rather than manufacturing problems they don’t have, i.e. “My pen is too big!” and “These Doritos are too zesty!”

These are true differentiators in the marketplace – because, the reality is, even in 2019, it’s mind-blowing that a bra brand is actually thinking about the reality that a woman has two breasts and they’re not always the exact same size. Recently, George&Co., the content company I launched last year, and Abacus Data partnered on a survey to ask Canadian women a host of questions about their consumer priorities and concerns. Sixty per cent of respondents told us it’s important to them to buy bras designed by women. Asked about bra advertisements, 75 per cent said it matters to them that a bra brand is promoting something realistic. Women between the ages of 30 and 59, in particular, say it’s important that a bra company uses models that look like them, and 60 per cent of all women want to feel that the company and product are something they feel proud to support.

Meanwhile, Victoria’s Secret recently got a hard lesson in what happens when your products are designed not for real women but for a fictional ideal of how women should be. In late fall of 2018, more than 20 years into the lingerie company’s Angels campaign, chief marketing officer Ed Razek was asked by Vogue why it has not included plus-sized women or trans women in its runway show; he answered nobody wants to see that, since “The show is a fantasy.”

The social-media backlash was fast and furious, with one of most scathing critiques coming in the form of a widely shared open letter from ThirdLove, a San Francisco-based direct-to-consumer bra-and-underwear brand. “You market to men and sell a male fantasy to women,” wrote founder and CEO Heidi Zak. “Your show may be a ‘fantasy,’ but we live in reality. Our reality is that women wear bras in real life as they go to work, breastfeed their children, play sports, care for ailing parents and serve their country. … It’s time to stop telling women what makes them sexy – let us decide.”

And women are deciding. Last year, when ThirdLove introduced 24 new sizes to its 24/7 Perfect Coverage Bra, more than 1.3 million women put themselves on the waiting list to get their hands on one. Among ThirdLove’s prominent investors are 23andMe cofounder Anne Wojcicki, YouTube CEO Susan Wojcicki and journalist Katie Couric.

Meanwhile, Victoria’s Secret recently announced it would shut down 53 North American stores in 2019, because of flagging sales. In early May, the company announced it would no longer broadcast the Victoria’s Secret runway show on network TV, with audiences having dropped by two-thirds in the past five years and parent company L Brands’s chief executive Leslie Wexner saying it’s time for the brand to “evolve and change and grow.” Because with more and better choices that improve their lives in real, measurable ways, women are quite literally no longer buying the fantasy.

Lianne George is creative director of George&Co. in Toronto and former editor-in-chief of Chatelaine. This column is part of a series on women and marketing.

Opinion
Women bypass the gatekeepers of the beauty industry in an era of social media and inclusivity
July 10, 2019 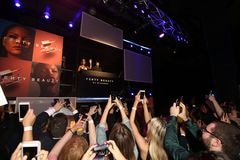