There is a growing trend toward central banks getting in on the crypto action. Instead of regulating existing cryptocurrencies, governments are giving serious consideration to issuing their own state-backed cryptocurrency. This is likely to put the cat among the pigeons. Not surprisingly, this proposal is being met with very mixed reactions.

Supporters argue the creation of state-backed cryptocurrency will hit the sweet spot between private enterprise and public regulation. As a public good, it could be recognized as legal tender in a way that private cryptocurrencies likely will not. A central bank digital currency (CBDC) would, therefore, work as a supplement, not a rival, to traditional modes of money and cash.

In contrast to physical bank notes or electronic central bank deposits, a CBDC would constitute an electronically stored unit of monetary value that would represent a liability of the central bank and could be used to make payments. Functioning in a way that is similar to cash, it would be available to the general public rather than being restricted to qualifying financial institutions, such as banks, as other forms of currency are.

The touted benefits of such a scheme are that it would generate greater efficiency (i.e. less time-consuming and less costly), ensure a level of stability and security that existing cryptocurrencies cannot promise, and promote further financial inclusiveness for the presently unbanked. Most importantly, it would allow for the kind of scrutiny and supervision that presently operates to curb money laundering, terrorist financing and tax evasion. At bottom, the assumption is that a public cryptocurrency could be trusted more than a private one.

At first glance, this all sounds fine and dandy. But there is a deep and fatal flaw to such CBDCs. If decentralization is at the heart of the crypto project, the intervention will not simply be a sensible and pragmatic modification, but will transform entirely the nature of cryptocurrency – a CBDC would no longer be cryptocurrency. Indeed, it would be a genuine oxymoronic entity – a centralized mode of decentralized currency.

If the plan is to become friendly rivals to bitcoin and others, it is hard to see why crypto enthusiasts would abandon the private array of crypto offerings and sign up with central banks. However, if the plan is for central banks to replace existing cryptocurrencies by regulating them out of existence (and the authorities remain notably vague on this), then this would be a case of curbing the disease by killing the patient.

The proponents of CBDCs defend their proposal in the name of the public interest. Central banks are said to have more experience, are more secure and stable, and are better able to identify the public interest than the users and operators of private currencies. However, this comes back full circle to why cryptocurrencies were devised and put into effect in the first place – there existed, and still exists, a deep aversion to the alleged self-serving workings of governments and established banks.

Indeed, it is the very assumption that government and banks are best placed to advance the public interest that gave rise to cryptocurrencies in the first place. People did not trust governments (and certainly not banks) to promote and advance the interests of the general public, except as secondary to the interests of those institutions themselves. While some of that public have used the crypto market for their own dubious ends, the majority have become involved because it permits them to avoid the banking establishment and determine what works best for the crypto community through its own unhindered and unsupervised efforts.

Of course, in rejecting the notion of a dominant and perhaps exclusive CBDC, there is no need to throw the baby out with the bathwater. It is not that some centralized involvement is unnecessary, it is that this must come from regulation, not takeover. No matter how untrustworthy the government and banks might be, private operations, such as bitcoin and Ethereum, are no more trustworthy and less likely to act in their own interests. The unchecked accumulation of private power is as much a threat to people’s interests as an overreaching and intrusive government.

Accordingly, it is not a black-and-white choice between the state or private power. What is needed is the staking out and occupation of that middle ground between public authority and private power. CBDCs are not products of that space. Instead, a better solution to the dilemmas raised by the rise of cryptocurrency is to cultivate a mode of regulation that maintains the advantages of a non-governmental process of digital finance without the pitfalls of an entirely privately controlled world of non-public behaviour.

Allan C. Hutchinson is a distinguished research professor at Osgoode Hall Law School in Toronto. This is an edited extract from a forthcoming book: Paying The Price: Cryptocurrency and The Regulatory Challenge. 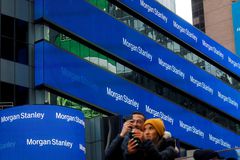 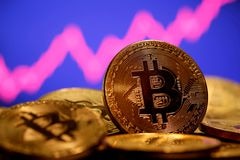 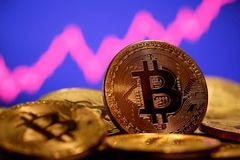