The World Trade Organization has new leadership and an old credibility problem. Both face an important test in the next few months – in the form of talks on an obscure pact, two decades in the making, that have reached a make-or-break point.

Last week, representatives of the WTO’s 104 member countries agreed on a framework text for an agreement to crack down on government subsidies for the fishery industry. They committed to conclude final negotiations before the WTO ministerial conference in December.

“I feel new hope this evening,” WTO director-general Ngozi Okonjo-Iweala said in a statement at the conclusion of last week’s talks. “In 20 years of negotiations, this is the closest we have ever come towards reaching an outcome.”

On the surface, this is a pretty tiny trade deal we’re talking about. The subsidies in question amount, worldwide, to about US$35-billion a year; by comparison, global fossil fuel subsidies run in the neighbourhood of US$5-trillion a year, and agricultural subsidies are about US$700-billion. In a world increasingly in need of trade structure around things such as digitization, e-commerce and intellectual property, nailing down rules for fishing seems decades out of touch – if not centuries.

But for an organization that has struggled for years to get much done at all, the prospect of a win on the fishery front takes on more significance – symbolically if nothing else.

The Doha Round of broad trade negotiations, which was supposed to be the next big step in global trade liberalization, has gone on for 20 years now without a comprehensive agreement, with rich and poor countries hopelessly deadlocked over agricultural trade barriers and other issues. The WTO’s controversial dispute settlement mechanism has ceased functioning entirely in the past couple of years: Former U.S. president Donald Trump, openly hostile toward the WTO, spent years blocking appointments to fill vacancies on the WTO’s Appellate Body – effectively shutting down the adjudication of trade complaints.

As we look toward the end of the pandemic, and policy-makers question what sort of world economy could, or should, emerge, the WTO could really use something to show that it can become relevant again after years of dysfunction, that it can still be a vehicle for rules-based trade harmony, that it can evolve for the 21st century.

The appointment of Dr. Okonjo-Iweala, the former Nigerian finance minister who took the WTO’s top job in March, itself represents a significant new direction for the WTO. She’s the first woman and, even more significantly, the first African to lead the organization, which has long been accused of selling short the concerns of developing countries, while the world’s major economic powers have dominated policy setting and decision making.

The hope is that her leadership will foster a new kind of governance at the WTO, more sensitive to things such as income inequality and environmental sustainability, more open to long-overdue structural reforms. And she sees the fishery negotiations as an important step in addressing the WTO’s “trust deficit” and rebuilding the credibility necessary to pursue those changes.

“Building trust is not something you can talk about; it’s something you have to demonstrate,” Dr. Okonjo-Iweala said in an online event last week hosted by the Atlantic Council. “If we can get some agreements like the fishery subsidies done … I think that begins to build the trust that you can work together, you can deliver together.”

An agreement on fisheries would also be “a big deal for the fish,” Queen’s University professor emeritus Robert Wolfe noted in an e-mail. The proliferation of commercial fishing subsidies around the world has long contributed to overcapacity and overfishing, posing a serious threat to the sustainability of global fish stocks.

“If this goes through, it would signify that the WTO can advance conservation/environmental goals at the same time as trade liberalization,” Robert Howse, a professor of international economic law at New York University, said by e-mail.

Still, there’s a reason why it’s taken 20 years to get here. The divergent interests of countries – from poor countries with subsistence fishers to massive commercial operations in advanced economies, and a vast range of labour concerns in between – have made a consensus elusive. There’s no guarantee that the final gaps can be closed in the next five months.

But if the WTO’s members can seal the deal, it might, just might, signal that it has begun to turn a corner. That Dr. Okonjo-Iweala’s promise of a more human WTO – one that can help defend the environment, assist the global health response, support inclusiveness – won’t be doomed to the bureaucratic rigidities and infighting that have bogged down the institution for the past two decades.

“One of the main objectives I have is a vision of the WTO being returned to its primary purpose, of being about people,” she said. “If this organization is supposed to enhance people’s living standards and making things better for people, then it wouldn’t take 20 years to negotiate an agreement.” 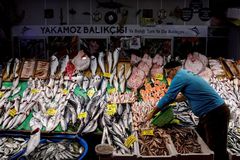 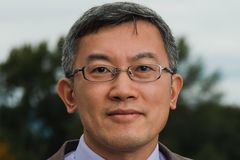 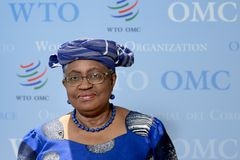