Nicole Craig, an unemployed mother of two from Pittsburgh, will have no Christmas gifts for her two children, and the ham she bought with food stamps will be far less than their usual holiday dinner. Months behind on her rent and utility bills, she has been struggling to afford formula and diapers. But there is one thing she couldn’t give up: a small Christmas tree and the trimmings to go with it.

Craig spent the last $7 in her bank account on tinsel, a symbol of light in the darkness of 2020.

“It’s my baby’s first Christmas,” she said. “I wanted him to be able to see a Christmas tree.”

Although Craig, 42, lost her job as a counsellor for at-risk youth through no fault of her own, she can’t help blaming herself when she sees Christmas decorations and other reminders of a holiday she can barely celebrate.

“I don’t even want to think about it because I feel so bad for my kids,” she said. “It makes me feel like such a failure.”

For Craig, and millions of other Americans who lost their jobs because of the coronavirus pandemic, this is a holiday season more to weather than to relish. With unemployment benefits running out and an unforgiving job market offering few berths, this Christmas will be remembered by many for painful sacrifices, not the joy of exchanging gifts and partaking of festive meals with family.

The arrival of vaccines and the approval of a new federal relief package offer hope, but they come too late to salvage this year’s celebration – particularly with the prospect that this winter could bring the pandemic’s darkest days.

The long delay in achieving a congressional accord on an aid bill has meant fewer gifts under the tree even as the pandemic has separated families and moved what holiday cheer there is this year to video-chat gatherings.

And for many families, the $600-a-person stimulus payments approved by Congress are already earmarked for rent and other necessities.

In the meantime, unemployed Americans like Monica Scott of Lakeland, Florida, are looking to the past for comfort.

“This year the only thing I can do is talk about memories,” said Scott, who is five months pregnant and had to leave her job at an Amazon warehouse because of the risk of miscarriage from loading and unloading heavy packages. “Last year was awesome – so many toys, clothes and shoes.”

Scott, 34, wants to make a Christmas dinner with her three boys – 14, 10 and 8 years old – but food will be limited because she will be relying on food stamps and lacks a kitchen. Scott is living in a motel after being evicted last spring from her apartment but hopes to find a permanent home soon.

“It’s just a room with a bathroom,” she said. “The rent is due, and I don’t know where it will come from. I could move in with my sister, but she has her kids, and it’s just not comfortable.”

Scott and others will also be turning to food banks to pull together Christmas dinner.

“We usually do rib roast, Martinelli’s apple cider, a couple of desserts,” said Jessica Hudson, a full-time student and mother of two from Millbrae, California. “We won’t be able to do any of that this year.”

Hudson and her partner, who is unemployed, are doing their best to make Christmas as cheery as they can: They bought stockings and candy from the dollar store, and they have spent the past few weeks scouting local streets for the most beautifully decorated houses, so that they can take their children on a drive to see them on Christmas Day.

Hudson’s 13-year-old, Marleigh, had just one thing on her Christmas list this year: a family camping trip to Yosemite National Park. Hudson struggled to find a way to say no.

“She’s basically getting an IOU for Christmas, that when the pandemic is over and we’re able to travel we’ll take her,” Hudson said. “But the truth is, we just can’t afford to do anything like that right now.”

Jamie Snyder, who lives in Grayling, Michigan, bought her children big-ticket items last Christmas: a new TV for her daughter, an Xbox for her son. But since her husband was laid off in June and then accepted a job with a $20,000 pay cut, money has been tight.

To buy simple gifts for the children – a video game, a new sweater – Snyder used the money she would have spent on the electric bill. When that payment comes due Jan. 10, she fears that her power will be shut off.

“We just want them to have something to look forward to,” Snyder said.

For Christmas dinner, she will be relying on a program at her daughter’s school that provides meals to needy families.

There is a touch of Dickens in this year’s celebrations, except the relevant story isn’t “A Christmas Carol” but “A Tale of Two Cities.” Even as the stock market notches record highs and waiting lists grow for luxury items like Peloton exercise bicycles, roughly 20 million workers were collecting unemployment benefits under state or federal programs at the end of November, according to the Labor Department.

Some of the more fortunate are trying to give back. Sterling Beau Schecter, a machinery and equipment appraiser, received a 20 per cent pay raise in October and increased his charitable giving to a local church as a result.

“I’m very grateful for the blessing of having a job, and I try not to take it for granted,” he said.

Schecter, 26, lives in Chicago but was able to return home to Fort Worth for Christmas.

In a normal year, about 30 members of his extended family gather on Christmas Eve. This year, to comply with pandemic guidelines, only his immediate family will spend time together indoors.

Nevertheless, his mother is planning a Christmas feast – with turkey, mashed potatoes and rolls. Schecter and his friends are planning to rent a local movie theatre this week for a private screening of a Christmas movie.

Workers like Schechter have generally been more resilient in the pandemic recession than those in the service sector with fewer skills and lower pay. Although the unemployment rate fell to 6.7 per cent in November from 14.7 per cent in April, the pace of hiring has slowed. At the same time, new claims for state unemployment benefits are running at nearly 1 million a week.

Many of the jobless are from industries like hospitality, travel, dining and entertainment, which were still suffering from the pandemic’s initial strike in the spring when a new round of lockdowns and restrictions arrived this fall.

At 10.2 million, employment in the food service sector is down by more than 2 million from February, and dropped again in November after bouncing back in the spring and summer.

Few experts expect these areas of the economy to experience a meaningful recovery until mass vaccination takes hold and consumers again feel comfortable dining indoors – or, in places like New York and California, are even permitted to do so. Similarly, stadiums, airports and amusement parks will most likely be dormant until temperatures rise and the virus is beaten back by inoculation-led herd immunity at some point next year.

One of those waiting is Tresa Watson, 44, who worked as a server and host for 4 1/2 years in the premium suite of the Fiserv Forum, home of the Milwaukee Bucks of the National Basketball Association. Until she was laid off in March, she earned $35,000 to $40,000 annually, enough to buy a $199 car seat last year for her new grandson, Khalil.

This year, she is getting him a toy laptop, stuffed animals, and a broom and dustpan set from Melissa & Doug, the children’s toy maker. But most of all, she is focusing on holiday experiences that don’t come with a price tag, like spending time with Khalil, and feeling grateful that she can pay the rent and keep the lights on for now.

“I’m going to give the gift of love and hope and prayer,” she said. “And to stay hopeful that this too shall pass.” 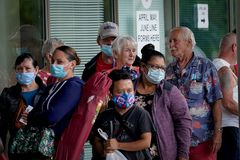 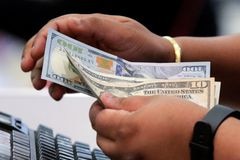 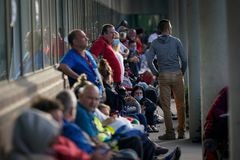