Bank of Canada Deputy Governor Timothy Lane defended the central bank’s course on interest rates, saying that the “resilient” Canadian economy has dictated that the bank not move in lockstep with rate cuts this year in the United States and elsewhere.

In a speech in Ottawa Thursday, Mr. Lane said the divergence of Canadian and U.S. rate policy this year – the U.S. Federal Reserve has cut three times, while the Bank of Canada has held steady – reflects not only the different paths the two countries’ economies have taken in recent years, but also the risks Canada faces from elevated, rate-sensitive household debts.

The speech follows the Bank of Canada’s decision Wednesday to once again maintain its key rate at 1.75 per cent, where it has sat for the past 14 months, despite a wave of rate cuts at the Fed and other global peers.

“In part, this is because inflation and [the Bank of Canada’s economic] outlook remain on target, and also because our policy rate was lower to begin with,” he said. “Moreover, because Canada already has high levels of household debt, lowering rates further could make those vulnerabilities worse and amplify future shocks.”

Mr. Lane argued that despite the Canadian economy’s close ties to the United States, it often doesn’t make sense for the Bank of Canada to match Fed rate moves – something that some critics have argued the Bank of Canada should be doing, to avoid too much divergence in the two countries’ interest rates. He also noted that despite often pursuing different rate paths over the past decade since the financial crisis and recession, including this year, the rates of the two central banks are now essentially even.

“There is no reason for the Bank of Canada to move in step with the Fed. On the contrary, the experience of the past decade shows that Canada and the United States have followed different roads, reflecting differences in our economic conditions,” Mr. Lane said.

The speech served as the Bank of Canada’s economic progress report, updating its quarterly outlook published in October. Toronto-Dominion Bank senior economist Brian DePratto said the speech’s choice of theme emphasized just how committed the Bank of Canada is to holding rates steady.

“This sounds like a bank that does not want to cut rates unless absolutely needed,” Mr. DePratto said in a research note. “It is hard to imagine more clear a way to communicate this than a speech focused in large part on how Canada has diverged from its international peers in the past.”

Mr. Lane said the central bank’s October outlook “remains on track.” The bank projected at that time that the economy would grow at a 1.3-per-cent annualized pace in the third and fourth quarters of this year, before accelerating to 1.7 per cent in 2020. He also reiterated the bank’s view that the economy is “near capacity,” and that inflation “remains broadly on target,” with core inflation around the bank’s 2-per-cent objective.

“Over all, the tone of developments in recent weeks gives us more confidence in the outlook for growth and inflation that we set out in October,” Mr. Lane said.

But he noted that the global environment, with deep uncertainties surrounding the U.S.-China trade war, remains a potential threat.

“Canada is resilient, although it is not immune.”

Over the past two months, the Bank of Canada has emphasized the impact of lower interest rates on Canada’s elevated household debts as a key argument against a rate cut. But in a media conference following his speech, Mr. Lane said the overriding reason for the bank’s stand-pat position on rates is the country’s on-target inflation – which serves as the bank’s formal, mandated guide for determining rate policy.

“If we had inflation persistently below target, we’d be cutting regardless,” he said.

Following the bank’s interest-rate deliberations in October, Governor Stephen Poloz acknowledged that he and his deputy governors had considered the merits of a so-called “insurance” rate cut, to protect the economy against a deepening U.S.-China trade war or a more severe global slowdown. But Mr. Lane told reporters Thursday that an insurance cut was not discussed in this week’s decision.

“We’d already had that conversation [in October],” Mr. Lane said. “It was more a question of, has anything material changed? Our assessment was that the outlook still remained on track, so we didn’t really re-open that question.” 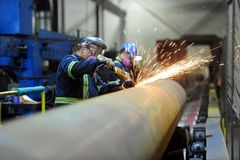 Canadian producer prices edge up in October on increases in energy and petroleum
November 29, 2019 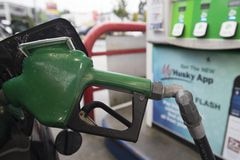