The Bank of Canada adopted a slightly more optimistic tone and eased some of its emergency support for financial markets on Wednesday, saying that it believes the economy has avoided its darkest fears surrounding the COVID-19 fallout.

“Decisive and targeted fiscal actions, combined with lower interest rates, are buffering the impact of the shutdown on disposable income and helping to lay the foundation for economic recovery,” it said. “While the outlook for the second half of 2020 and beyond remains heavily clouded, the Bank expects the economy to resume growth in the third quarter.”

The bank left its key interest rate unchanged at 0.25 per cent, reiterating that it considers this the “effective” bottom for the rate. It made three cuts in March, for a total of 1.5 percentage points, in response to the COVID-19 crisis, but has left it unchanged in the two decisions since then.

The central bank said that the “severe” impact of the crisis on the global economy “appears to have peaked, although uncertainty about how the recovery will unfold remains high.”

It said that while the loss of Canadian jobs and economic output stemming from pandemic containment measures has been heavy, “the Canadian economy appears to have avoided the most severe scenario presented in the bank’s April Monetary Policy Report,” a reference to the bank’s most recent quarterly update on its economic outlook. In that report, the bank had estimated that first-quarter GDP would be down “about 1 to 3” per cent from the fourth quarter; data from Statistics Canada last week showed a 2.1-per-cent drop. On Wednesday, the bank forecast that the second quarter “will likely show a further decline of 10 to 20 per cent, as continued shutdowns and sharply lower investment in the energy sector will take a further toll.”

“The tone of the statement was less pessimistic than we had expected,” said Ian Pollick, global head of fixed income, currency and commodities strategy at CIBC Capital Markets. “That said, uncertainty remains extremely high around any estimate, in any economy, and therefore should be taken with a grain of salt.”

The Bank of Canada also announced that it will reduce the frequency of its term repo operations to once a week from twice a week, and its bankers’ acceptances purchases to bi-weekly from weekly, saying that “short-term funding conditions have improved.” The programs, which increased liquidity in the markets for short-term credit for banks and businesses, have been tapped sparingly over the past several weeks as market pressures have eased.

The bank said that its large-scale asset purchase programs, under which it is buying billions of federal, provincial and corporate bonds, “are continuing at their present frequency and scope.”

With both the shutdowns and the financial markets clearing the COVID-19 hump, the bank hinted may be considering refocusing its asset purchases on influencing interest rates in order to stimulate the economy, rather than the current stated goal of facilitating smooth-functioning markets.

“As market function improves and containment restrictions ease, the bank’s focus will shift to supporting the resumption of growth in output and employment,” it said. “The bank maintains its commitment to continue large-scale asset purchases until the economic recovery is well underway. Any further policy actions would be calibrated to provide the necessary degree of monetary policy accommodation required to achieve the inflation target.”

That job would fall to the bank’s new governor. Tiff Macklem, a former senior deputy governor who spent the past six years as dean of the University of Toronto’s Rotman School of Management, began his seven-year term Wednesday, succeeding Stephen Poloz. Although the announcement was released on Mr. Macklem’s first day in the job, Mr. Poloz oversaw the decision in his final week in office.

“[Mr. Macklem] participated as an observer in Governing Council’s deliberations for this policy interest rate decision, and endorses the rate decision and measures announced in this press release,” the bank said.

Economists said the bank’s aggressive actions and asset purchases in response to the pandemic over the past three months will pose a challenge for the incoming governor, as he weighs the need for continuing supports against the rapid and massive increase in the central bank’s balance sheet. The bank now holds more than $460-billion in assets, a nearly quadrupling of the balance sheet since early March.

“Over the next few months we will keep close watch on the communication coming from Governor Macklem. We will be on the lookout for signs of change in the Bank of Canada’s policy approach. Of particular importance will be guidance with respect to its swelling balance sheet,” Toronto-Dominion Bank senior economist James Orlando said in a research note.

The bank will elaborate on the rate decision and its current views of the economy on Thursday, when Toni Gravelle, one of the bank’s deputy governors, delivers the bank’s post-decision “economic progress report” speech via video-conference.

However, the bank isn’t expected to provide detailed new economic forecasts until its next rate decision and MPR in mid-July – which will be six months since the last time the central bank published full projections. In the mid-April MPR, the bank made the unusual decision not to provide detailed growth and inflation forecasts, citing the deep uncertainties surrounding the COVID-19 shutdowns. 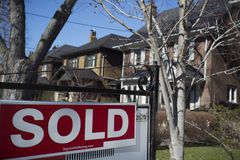 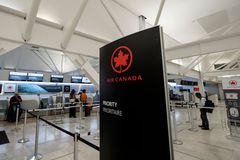