The Bank of Canada has put planned higher interest rates on hold for now in the face of a new, grimmer forecast that shows Canada’s economy is slowing down fast.

As it did in December, the central bank left its benchmark rate at 1.75 per cent on Wednesday as the economy slows as a result of lower oil prices, weaker housing activity and the U.S.-China trade clash.

The Bank of Canada insists it’s still committed to getting interest rates back up to neutral – the level where they are neither driving the economy forward nor slowing it down – but only “over time.”

“The appropriate pace of rate increases will depend on how the outlook evolves, with a particular focus on developments in oil markets, the Canadian housing market, and global trade policy,” the bank said in a statement.

For homeowners and consumers, this means a reprieve of at least a few months from higher rates on mortgages and car loans. The downside is that the economy is clearly deteriorating, and that will likely mean less business activity and poorer job prospects in 2019.

The bank’s new qualified commitment to raise rates “over time” is meant to “inject ambiguity” into what it will do in the months ahead, Bank of Canada Governor Stephen Poloz explained to reporters. He said the bank is hoping to have a clearer picture of how the economy is evolving by the time it releases its next forecast in April.

“The Bank of Canada has taken itself out of the rate hike game, and its message … suggests that it isn’t quite as sure about when it will come off the sidelines and hike again,” CIBC chief economist Avery Shenfeld said in a research note.

As recently as the fall, many analysts were expecting up to three rate hikes from the central bank this year. The bank estimates its neutral rate is about 3 per cent, or 1.25 percentage points above where the rate is now. The bank has already hiked rates five times since mid-2017. In spite of that, longer-term interest rates have been falling in recent months and many analysts are predicting lenders may soon cut rates on home mortgages.

Gluskin Scheff chief economist and strategist David Rosenberg said the bank has shifted from being “hawkish” on wanting higher rates to “dovish” in the span of a few short months. “The next move may very well be a rate cut,” he said.

The bank also released its first quarterly forecast of 2019, highlighted by a sharp downgrade in GDP growth. The Bank of Canada says the economy will grow just 1.7 per cent this year, down sharply from its previous forecast of 2.1 per cent, and below the estimated 2-per-cent pace of 2018.

The central bank pointed out that the U.S.-China tariff fight is “weighing on” the global economy, depressing the prices for many of the commodities that dominate Canadian exports.

The bank also highlighted that housing activity has been “weaker than expected” as home buyers adjust to tougher mortgage rules, new restrictions on foreign buyers in some provinces and previous mortgage rate hikes. It’s the bank’s first hint that the real estate slump in Toronto and Vancouver may be worse than initially thought.

Nonetheless, the Bank of Canada reckons the economic swoon will be short-lived, lasting only through the first half of the year. It says the economy will grow 2.1 per cent in 2020, up from its previous estimate of 1.9 per cent. It bases its optimism on a host of factors, including an expectation of stronger exports, higher investments outside the oil patch, a cheaper Canadian dollar and the positive impact of the newly agreed USMCA, which will replace the North American free-trade agreement.

“Our belief is that the economy will be back to where it was a few months ago within a few months," Mr. Poloz told reporters.

The most significant change in the Bank of Canada’s short-term thinking comes from the drop in oil prices, which is hurting business investment and the value of Canadian exports. The price of crude – at roughly US$52 a barrel – is 25 per cent lower than the central bank expected in October. The recent oil-price slump is now projected to shave 0.5 per cent off the level of GDP by the end of 2020. And the bank expects investment in Canada’s oil and gas sector to fall 12 per cent this year. The industry now accounts for roughly 15 per cent of business investment in Canada, down from 30 per cent in 2014, largely reflecting the cancellation and postponement of numerous projects in the oil sands.

The grimmer forecast comes in spite of a significant narrowing of the gap between the price of Western Canadian Select (WCS) – the benchmark for Canadian heavy crude – and West Texas intermediate (WTI). That price differential is down to less than US$10 from more than US$50 in October.

Inflation is expected to dip temporarily below the central bank’s guiding 2-per-cent target for much of this year, largely because of the effect of lower energy prices. The bank expects inflation to be back to near target by the third quarter of this year.

The central bank cautioned that its forecast is subject to “several upside and downside risks.” Among other things, it said trade tensions may ease, the price of crude could bounce back and the U.S. economy could keep growing at a healthy clip. 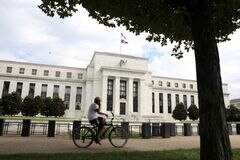 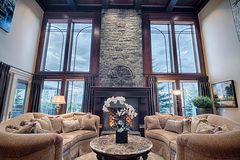