Canada’s labour market is roaring back as COVID-19 restrictions are lifted.

After two months of job losses, the economy added 230,700 positions in June and the unemployment rate fell to 7.8 per cent from May’s 8.2 per cent, Statistics Canada said Friday. Bay Street economists were expecting a gain of 175,000 jobs last month.

The results were dimmed somewhat by the details. Full-time work fell by 33,200 positions, while self-employment tumbled by 63,100, part of a continuing malaise in that area. The entirety of job creation was in part-time work, which rallied by 263,900 jobs, giving a boost to young people.

To date, Canada has recovered 89 per cent of its pandemic job losses, and the coming months are primed for ample gains as the country hits vaccination goals and restrictions are further relaxed. On that front, Ontario said Friday that it was moving to the next stage of its reopening plan on July 16, which allows for indoor dining, movie theatres and other activities.

Further reopening and waning health concerns should lead to another strong month of job creation in July, Sri Thanabalasingam, senior economist at Toronto-Dominion Bank, said in a note to clients. “Consumers are itching to spend, and businesses will need to be ready to meet that demand.”

Several hard-hit industries were able to snap back in June. Accommodation and food services jumped by 100,900 positions, wholesale and retail trade by 78,000 and other services – which includes hairstylists – by 23,800. The hospitality industry remains the furthest away from a full recovery.

In turn, employment for youth aged 15 to 24 rose by 164,100 positions in June. There was significant progress for postsecondary students. Among those 20 to 24 and returning to school in the fall, the employment rate was 67.5 per cent – about typical for June, and much stronger than 51 per cent in May. Youth jobs are still down 5 per cent from when the pandemic started.

“We do always see a bump around now, but this is definitely encouraging as some sectors open back up,” said Timothy Lang, president and chief executive officer of Youth Employment Services in Toronto.

Friday’s report also showed early signs of a return to the office. The number of Canadians who worked from home dropped by roughly 400,000 to 4.7 million. Statscan noted that for 2.6 million of that group, working from home was a response to the pandemic.

A key question for this summer is the availability of labour, and the extent to which Canada goes through similar frustrations as the United States, where some employers have struggled to fill positions as they reopened.

In June, about 170,000 more people were participating in Canada’s labour force, whether by working or actively searching for a job. The participation rate is now at 65.2 per cent, just shy of the 2019 average.

“While the rising participation rate should alleviate some concerns about widespread labour shortages, there are likely still pockets of the economy where labour is scarce and it could become more of an issue as hiring continues in the months to come,” Royce Mendes, senior economist at CIBC Capital Markets, said in a note.

Those issues were laid bare on an earnings call for MTY Food Group Inc., a Quebec-based franchisor of thousands of restaurants under several brands, including Manchu Wok and Thai Express. “Shortage of labour is certainly a big problem everywhere in North America,” CEO Eric Lefebvre told analysts on Friday. “It’s hard to find good, reliable staff. So there’s going to be an impact on the cost of labour, for sure.”

Travis O’Rourke, the president of recruiting firm Hays Canada, said it’s quite competitive to hire and retain workers, which is leading to higher wages. “It’s absolutely a war for talent, and workers are winning,” he said.

Statscan noted Friday that as restrictions are further rolled back, there could be more churn in the job market, with people switching companies or leaving the labour force entirely. Mr. O’Rourke said that as workers are recalled to offices in the fall, some will be eyeing companies with more flexibility on remote work.

Sun Life Financial Inc. said Wednesday that it will not mandate its 12,000 Canadian workers to come back to the office, allowing them to work where they please.

“I’m expecting a lot of churn and people looking left and right to find environments that are more suitable for their lifestyle,” Mr. O’Rourke said.

Canadian dollar recoups some of this week’s decline as jobs rebound
July 9, 2021

Canada’s challenge: Getting the long-term jobless back to work
Subscriber content
July 7, 2021 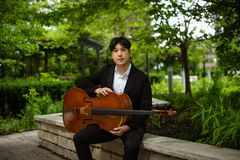 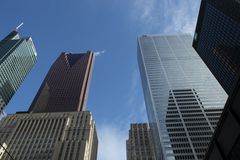