Canada’s economy notched a gain in November that surpassed expectations but did little to reignite growth that has sputtered over the second half of 2019.

Real gross domestic product increased by 0.1 per cent in the month, after a 0.1-per-cent drop in October, Statistics Canada said Friday. Economists had expected a flat reading in November, given a recent run of data showing poor returns, along with the impact from a brief Canadian National Railway Co. strike and temporary Keystone pipeline closing.

Even then, the Canadian economy is limping into 2020 on the heels of weak growth in the fourth quarter, while the coronavirus outbreak in Wuhan, China, adds a dash of uncertainty as some companies clamp down on travel and curtail operations.

The outlook appears much the same for the Bank of Canada, which is increasingly expected to cut interest rates in the coming months.

“While this report provided a slight upside surprise, it doesn’t change the overall narrative that the economy likely materially underperformed in the fourth quarter,” said Royce Mendes, senior economist at Canadian Imperial Bank of Commerce, in a note to clients. “Should that weakness prove persistent … the Bank of Canada will likely need to cut rates to support the economy.”

Friday’s GDP report showed that 15 of 20 industrial sectors expanded during November, more than making up for the fallout from temporary events. In particular, the utilities sector was a strong contributor, increasing 2.1 per cent as households used more energy because of cold weather.

Construction increased by 0.5 per cent, as did retail trade, helped by car sales. House resale activity rose for the ninth consecutive month, another sign of a fulsome rebound for the real estate market.

There were some notable drags on the economy. Potash mining plunged by 18.2 per cent as several mines in Saskatchewan were temporarily shuttered because of “weaker international demand,” Statscan said. Rail transportation dropped nearly 4 per cent, weighed on by an eight-day CN strike, while pipeline transportation fell 2.2 per cent.

But those one-off factors were unable to drag down the overall picture.

“Before we get carried away, a bit of perspective is needed – the risk going into [Friday] was that we'd be looking at a fourth quarter contraction in output,” said Brian DePratto, senior economist at Toronto-Dominion Bank, in a client note. “That thankfully seems off the table,” he added, noting TD is calling for annualized real GDP growth of 0.3 per cent in the fourth quarter.

That matches the latest estimate from the Bank of Canada. Last week, the bank slashed its fourth-quarter estimate from 1.3 per cent. It expects output to accelerate as the year progresses, eventually clocking in at 1.6 per cent for 2020, then 2 per cent in 2021.

Stronger growth may occur during a time of lower rates. Governor Stephen Poloz and his colleagues removed the word “appropriate” to describe the bank’s current policy rate of 1.75 per cent, where it has been locked since 2018, even as other central banks cut rates in response to a variety of economic headwinds.

“I’m not saying that the door’s not open to an interest rate cut. Obviously it is," Mr. Poloz said, adding that future decisions will hinge on how the data evolve.

Outside of temporary factors, the Canadian economy has been hampered by more persistent issues of late, including weak exports, subdued business investment and a slower pace of hiring. Still, there is one issue that has thrown investors for a loop, and inspired no shortage of prognosticating of its potential impact: the coronavirus.

“While it’s still a bit early to begin putting firm numbers on [the virus’s] economic impact, it is obviously another factor likely to drag on activity in early 2020,” Mr. DePratto said. “The tests of Canada’s economic resilience continue.”

Editor’s note: An earlier version of this story said the Keystone XL pipeline had shut down. In fact, it was the Keystone pipeline as the XL portion has not been built. 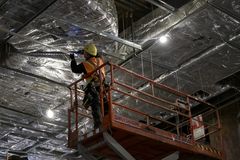 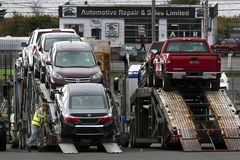 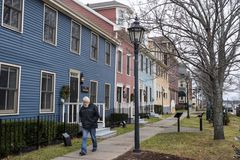