Canada’s economy bounced back in January from its year-end slump, posting its strongest gain in 14 months despite Alberta oil production cuts that had been expected to stifle growth early in the year.

Statistics Canada reported Friday that real gross domestic product rose 0.3 per cent month over month, its biggest gain since November, 2017, and well above economists’ consensus estimate of 0.1 per cent. The gain represents a sharp rebound from the downturn that marked the end of 2018, in which GDP fell 0.1 per cent in each of November and December – prompting speculation in some quarters that Canada was sliding toward a recession.

The strong report prompted economists to upgrade their growth expectations for the first quarter and reduced the likelihood that the Bank of Canada will consider a rate cut in the near term. The Canadian dollar rose almost half a cent against its U.S. counterpart in reaction to the news, trading at 74.94 U.S. cents within a half-hour of the Statscan report.

“There are no two ways about this one, as it was quite simply above everyone’s expectations,” said Douglas Porter, chief economist at Bank of Montreal, in a research note. “This result clearly displays some serious underlying resiliency in the economy. It should also quiet some of the biggest bears, at least temporarily quashing recession chatter.”

The upturn came despite a 4-per-cent slump in output from Alberta’s oil sands, after the province imposed production cuts effective Jan. 1 to address a serious glut. That was more than offset by widespread gains across the rest of the economy, as 18 of 20 sectors posted increases, led by strong rebounds in construction and manufacturing.

“It was not long ago when there was widespread agreement that the economy would stumble into the new year, given energy sector challenges. Not so, as there is more to the economy in the Great White North than just oil, and that’s the exclamation point attached to this growth reading,” said Bank of Nova Scotia economist Derek Holt in a research note.

Statscan said goods-producing sectors surged 0.6 per cent in the month, despite the downturn in oil output as well as mining production. Construction jumped 1.9 per cent, its first increase in eight months and its biggest one-month gain in more than five years. Manufacturing rose 1.5 per cent, reversing two months of declines.

The Canadian economy is coming off a final quarter in which it grew at a razor-thin 0.4 per cent annualized rate, weighed down by a slumping oil sector as well as weakening retail, housing and export markets. Economists had been projecting similar growth in the first quarter, and some had even projected that the economy would contract; but the stronger-than-expected January indicators have brightened their outlook.

CIBC chief economist Avery Shenfeld also nudged up his growth forecast for the full year to 1.6 per cent – a pace that, he argued, should be enough to stave off the need for the Bank of Canada to ease interest rates to stimulate an underperforming economy.

“But neither is it quick enough to justify a further monetary tightening,” Mr. Shenfeld said.

TD senior economist Brian DePratto warned that the economy isn’t out of the woods yet, noting that retail sales continued to decline in January while real estate sales slumped in February – evidence of the deterioration in consumer demand, a key source of economic strength.

Canadian dollar rose more than 2 per cent against greenback in Q1
March 29, 2019 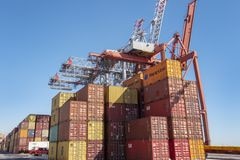