Canada’s inflation rate edged up in February on rising gasoline prices, coming in below analysts’ estimates but setting the stage for a jump in consumer price index growth in the coming months.

Annual inflation rose 1.1 per cent in February, compared to 1 per cent in January, Statistics Canada said on Wednesday. The year-over-year growth in the CPI last month was driven by gas prices, which rose 5 per cent year on year and 6.5 per cent compared with January. This was offset by a drop in prices of clothing, travel accommodation and phone services.

Economists expect the annual rate of inflation to pick up considerably in the coming months as current gasoline prices are compared with the rock-bottom prices of last March and April, when the early pandemic lockdowns cratered oil prices. Bond markets have also been pricing in higher inflation expectations owing to vaccine approvals and additional rounds of fiscal stimulus.

“Concerns around inflation are less about current trends and more about the potential for a surge in household spending as the economy reopens, potentially outpacing growth in supply, particularly of hospitality services,” Royal Bank of Canada senior economist Nathan Janzen wrote in a note.

“An initial energy-driven spike higher in ... CPI growth over the spring will largely reflect energy price volatility and will fade into the end of the year,” he wrote.

Opinion: Inflation clouds are gathering. Should we be worried during a pandemic?

The core inflation measures favoured by the Bank of Canada in its forecasting remained largely unchanged, at an average of 1.7 per cent. The central bank said last week that it expects overall inflation to approach 3 per cent in the coming months, before cooling down in the second half of the year “as base-year effects dissipate and excess capacity continues to exert downward pressure.”

The bank does not expect inflation to sustainably return to its 2-per-cent target until the economy returns to full employment and the output gap – the difference between what Canada can produce and what it does produce – closes.

In January, the bank said it doesn’t expect this to happen until 2023. But stronger-than-expected economic data released in recent weeks could force the bank to revise its output gap expectations at its next rate decision in April.

Fed chairman Jerome Powell said in a news conference that he expects inflation above 2 per cent in the coming months due to year-over-year price comparisons. He also said inflation could move higher later in the year as physical-distancing measures decline and consumer demand, fuelled by built-up savings and stimulus cheques, outstrips supply. But he said that inflation of this nature is unlikely to be sustained.

“It will turn out to be a one-time bulge in prices, but it won’t change inflation going forward, because inflation expectations are strongly anchored around 2 per cent. ... There was a time when, if inflation went up it would stay up, but that time is not now. That hasn’t been the case for some decades,” Mr. Powell said.

In Canada, the effect of housing on inflation was mixed in February, with higher new home prices offset by lower costs for mortgage servicing.

The homeowners’ replacement cost index, which is tied to the cost of new homes, was up 7 per cent year over year, as pricier building materials, low interest rates and demand for larger homes pushed new home prices higher. “This is the largest yearly gain recorded since February, 2007,” Statscan said.

Rent prices increased 0.1 per cent across the country in February, compared with the previous year. British Columbia was an outlier, with rent prices declining 2.9 per cent in February.

On the flip side, travel accommodation was down 18 per cent year over year, while clothing prices dropped 7.1 per cent. Telephone service prices were down 11.4 per cent.

“The overall stability in core inflation reinforces the point that while there are serious risks to the outlook, the most likely outcome on the other side of this traumatic episode is for inflation to re-emerge still close to its 2-per-cent trend,” BMO Capital Markets chief economist Douglas Porter wrote in a note. 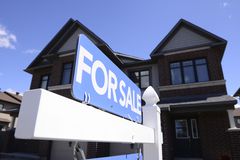 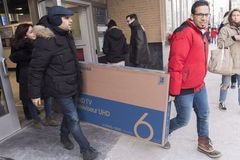 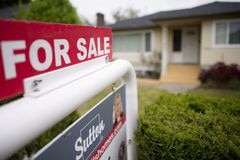