Canadian employment increased for a third consecutive month as the labour market continued a run of strength that could be threatened by the coronavirus outbreak.

Just more than 30,000 positions were created in February, handily beating analysts’ expectations of 11,000 jobs added, Statistics Canada said on Friday in its Labour Force Survey. The unemployment rate ticked higher, to 5.6 per cent, but remains near historic lows.

All of February’s gain was in full-time work with private-sector employers. Wholesale and retail trade (22,600 jobs created) and manufacturing (16,000) were standout sectors. Quebec added the largest number of jobs (20,000) by province, and its jobless rate tumbled to 4.5 per cent, the lowest since comparable data became available in 1976.

Meanwhile, average hourly wages for permanent employees climbed 4.3 per cent from a year ago, another sign of health from the job market.

February’s results “are encouraging, but the real test will come in the next few months as the effects of the coronavirus outbreak are felt,” Stephen Brown, senior Canada economist at Capital Economics, said in a research note.

Statscan’s survey was conducted between Feb. 9 and 15. Since then, COVID-19, the respiratory illness caused by the new coronavirus, has spread to more countries, and the number of confirmed cases in Canada has risen. Fears about the economic effects of the outbreak have roiled markets, disrupted business operations and forced central banks – including the Bank of Canada – to cut interest rates to support a vulnerable economy.

Bank of Canada Governor Stephen Poloz said on Thursday in a speech that coronavirus will disrupt the global economy for at least the first half of the year.

“Consumer and business confidence could be set back for a longer period of time, causing economic growth to slow more persistently,” he added. “This could include longer-term layoffs, for example. At this point, we simply do not know.”

Scores of companies have responded to the spread of COVID-19 by getting some or all of their employees to work from home. In February, public companies mentioned remote working in 110 calls with investors, according to financial data platform Sentieo Inc. Before then, a monthly average of three calls would mention such arrangements.

Canadian companies including SNC-Lavalin Group Inc., WSP Global Inc. and Stantec Inc. have all asked some employees to work from home, transcripts show.

“If there’s a recession, nobody gets spared,” he said. “Some sectors get hit more than others, but the ability to work from home doesn’t really save a business if there are knock-on effects to demand for their products.”

For many industries, remote work is not an option. Canada’s tourism sector, for instance, is set for a challenging year as travellers stay home and conferences are cancelled. Spending in Canada by tourists from China could plunge by one-third this year, resulting in a $550-million hit to the economy, the Conference Board of Canada estimates.

This means accommodation and food services could be the first sector where virus-related job losses show up, while manufacturing could be vulnerable in the event of prolonged supply-chain disruptions.

“The big risk to job numbers comes from areas where there’s interpersonal contact and business has to be done on a face-to-face level,” Mr. Bernard said.

In his speech, Mr. Poloz said Canada’s economy will take a hit as the effects of the outbreak weaken global prices for commodities. Oil prices have tumbled this year owing to concerns about demand, and a lengthy slump could weigh on company investments and hiring plans. 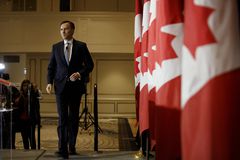 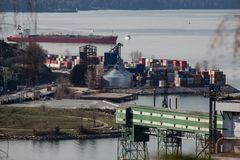 Opinion
Now is the worst time to borrow money since the financial crisis
March 4, 2020 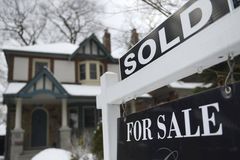