Canada’s economy surged convincingly in May, turning in a better-than-expected rebound from its weather-dampened lull in April.

Statistics Canada said Tuesday that real gross domestic product rose 0.5 per cent month-over-month on a seasonally adjusted basis, the biggest one-month gain since July, 2016. The economy bounced back from a tepid 0.1-per-cent gain in April, when growth was stifled by colder-than-usual temperatures, an ice storm in the eastern half of the country and shutdowns in the oil sands.

May’s strength was broadly based, with 19 of 20 industry sectors posting gains, Statscan said.

Economists had widely anticipated the turnaround, based on earlier economic releases that had shown a solid recovery in retail, wholesale and manufacturing. Nevertheless, May’s growth outpaced the consensus expectation of a 0.3-per-cent rise.

“Essentially, Canadians came out of hibernation in May, and the economy benefited big-time,” Bank of Montreal chief economist Douglas Porter said in a research note. “A rebound from weather-affected weakness in April exaggerates some of the underlying strength in May. But even so, this is a solid showing for growth.”

Economists said the strong May puts GDP on track for second-quarter growth of about 3 per cent annualized – roughly double the average pace of the previous three quarters – even with indications that the economy likely cooled in June. That would top the Bank of Canada’s most recent official estimate of 2.8 per cent.

That likely isn’t enough to meaningfully shift the Bank of Canada’s outlook for economic growth and interest rates. But economists said the solid May result reinforces the central bank’s resolve to continue to gradually raise interest rates, given that the economy is already near full capacity and continues to expand, while inflation has nudged above its 2-per-cent target. The bank has raised its key rate four times since last July, most recently just three weeks ago, and has signalled that there are more increases to come this year.

The Bank of Canada’s next rate decision comes Sept. 5, less than a week after Statscan will publish its second-quarter GDP report.

“For the Bank of Canada, it is unlikely that today's data alters their narrative,” said Toronto-Dominion Bank senior economist Brian DePratto in a research report. “Clearly then, while it may not be right around the corner, so long as the Canadian economy continues to evolve in line with their expectations, more monetary tightening will be forthcoming.”

Economists added that the second quarter could be a high point for growth this year, as the effects of the U.S. tariffs on Canadian steel and aluminum, and the related increased uncertainty on the trade front, work their way through the economy.

“Just as the recovery from one-off shocks sent activity higher [in the second quarter], further negative shocks will help swing the pendulum back in the other direction,” Mr. DePratto said.

The mining and oil-and-gas extraction segment gained 1.8 per cent in May after a flat April, mostly driven by a rebound in the oil sands. Non-conventional oil output surged 5.3 per cent, as bitumen production returned following maintenance and expansion-related downtime.

Statscan said the construction sector grew 0.7 per cent in the month, including a 1.3-per-cent gain in residential building. The manufacturing sector posted a modest 0.1-per-cent increase, taking a pause after the inventory-to-sales ratio reached its highest level in nearly nine years in April. 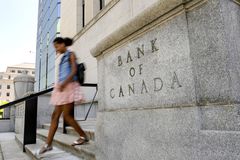 Wholesale sales rise 1.2 per cent in May, driven by strength in construction materials
Subscriber content
July 23, 2018 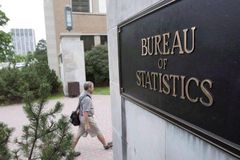 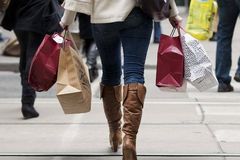