The Canadian economy notched another outsized gain in July as pandemic restrictions were relaxed, although a second wave of COVID-19 threatens to complicate the recovery this fall.

Real gross domestic product rose 3 per cent in July, after a 6.5-per-cent gain in June, Statistics Canada said Wednesday. In a preliminary estimate, Statscan said GDP rose another 1 per cent in August, a deceleration that was not unexpected after the initial snapback of activity.

With July’s gain, Canadian real GDP is down 5.8 per cent from prepandemic levels in February. Most private-sector forecasters don’t anticipate a full recovery before 2022.

“The recovery up to now has been a little faster than we expected, and mostly because of consumer spending. Retail activity has really taken off,” said Pedro Antunes, chief economist at the Conference Board of Canada. “The bad news is that [before] we were trying to flatten the COVID curve, and I think now COVID is going to flatten our recovery curve.”

In July, all 20 industrial sectors saw increases in output. Accommodation and food services (20.1 per cent) and arts and recreation (14 per cent) notched the largest percentage gains. Regardless, after brutal declines in March and April, both remain well below precrisis levels.

“With the resurgence in virus cases, the struggles in those sectors could actually deepen further in the near-term,” said Benjamin Reitzes, a Bank of Montreal strategist, in a client note.

Indeed, several provinces have moved to curtail their hospitality industries in recent days to mitigate the spread of the coronavirus, while restaurant and hotel bookings have ebbed since Labour Day. On Monday, the Quebec government ordered bars and restaurants in Montreal and Quebec City to close from Oct. 1 to 28, save for takeout and delivery orders.

“We’re going to see a rough ride for that industry,” Mr. Antunes said.

The manufacturing sector grew 5.9 per cent in July as factories raised production. Within the sector, there were sizable gains for motor vehicles (10.5 per cent), vehicle parts (38.6 per cent) and furniture and related products (13.3 per cent).

Both the finance and insurance (1 per cent) and real estate (1.9 per cent) sectors grew in July, “benefiting from the red-hot housing market and record-low mortgage rates,” Mr. Reitzes said.

Activity at the offices of real estate agents and brokers surged by 30.6 per cent to reach the highest point since March, 2004. It’s quite likely that August was also strong: a record number of homes were sold that month, the Canadian Real Estate Association recently reported.

The retail sector staged a forceful rebound as lockdowns were eased in May and June and consumers looked to satisfy pent-up demand. More recently, growth has moderated. Retail GDP edged higher by 0.4 per cent in July and is set to decline in August, Statscan estimates.

“Most sectors continued their growth trajectory in August with the exceptions of retail trade and public administration, which pulled back marginally,” the agency said.

Despite the widespread gains in July, the recovery is proving highly uneven. Only five sectors – agriculture, retail, utilities, finance and real estate – registered higher output in July than in February, and seven are down by double-digit percentages.

“Slowing and uneven growth are indications that the Canadian economy is transitioning from the rebound phase to a more challenging stage of the recovery,” said Sri Thanabalasingam, senior economist at Toronto-Dominion Bank, in a client note. “From here on in, the journey to ‘normal’ could see temporary stalls and bouts of turbulence.” 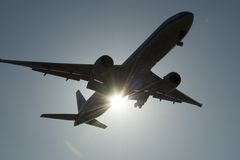 How landlords are trying to lure new tenants in a pandemic
Subscriber content
September 25, 2020 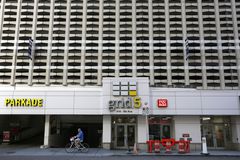