The Bank of Canada’s new quarterly business and consumer surveys show a sharp drop in confidence and an overriding tone of caution as the economy began to reopen, raising questions about the strength of the post-COVID-19 recovery.

The two surveys, conducted from mid-May to early June as lockdown restrictions were beginning to ease, suggest a “substantial widening in economic slack,” as expectations for employment, business investment and household spending sank to historic lows.

“Overall, consumers are cautious because of the risk of contracting the virus as well as the economic impact of the pandemic and related containment measures,” the bank said. “Consumers have changed their behaviour; they reported shopping less often, cancelling or postponing major purchases and lowering their spending compared with before the pandemic.”

This consumer caution is translating into sharply lower sales expectations and investment plans among businesses. The bank’s business outlook survey indicator dropped to its lowest reading since the 2008-2009 financial crisis and Great Recession.

“Firms reported that, while capacity could resume quickly as the economy reopens and containment measures are lifted, the recovery in demand is expected to be more gradual. Across the response categories, businesses commonly referred to elevated uncertainty regarding future demand,” the bank said.

The survey results will be cause for concern for the central bank as it prepares to release its new economic forecasts and monetary policy outlook next week. Under former governor Stephen Poloz and his recently installed successor, Tiff Macklem, the bank has frequently identified consumer and business sentiment as a critical element in the post-COVID economic recovery.

At least initially, the surveys lend support to the scenario of a muted recovery that Mr. Macklem laid out in a speech two weeks ago — one in which demand is held back by shaken consumers and businesses that are reluctant to spend.

“Not everyone’s job will come back and uncertainty will linger,” Mr. Macklem said. “As a result, we expect the quick rebound of the reopening phase of the recovery will give way to a more gradual recuperation phase, with weak demand. If, as we expect, supply is restored more quickly than demand, this could lead to a large gap between the two, putting a lot of downward pressure on inflation.”

Still, the survey period covered only the early days of the reopening process, and reflects sentiment that may well have brightened as more of the economy has come back on stream. A more recent consumer survey from the Conference Board of Canada, conducted in the second week of June, showed a strong rebound from May levels.

In the European Union, where the economic reopening began well before it did in Canada, business confidence readings have continued to recover rapidly as activity returns, and are now back to February levels.

The Bank of Canada noted that despite the survey’s generally cautious tone, about 40 per cent of businesses said they expect sales and employment to fully recover to pre-COVID levels within the next 12 months, while another 15 per cent expect them to have “mostly” recovered.

“The Business Outlook Survey was extraordinarily weak, but that comes as no surprise given the survey was taken when swathes of the economy were still shut,” Bank of Montreal economist Benjamin Reitzes said in a research report. “While most firms expect a recovery over the next year, the timing and extent of a rebound from the deep spring slump remains an open question.”

The Bank of Canada’s consumer survey showed that expectations for wage growth fell, but consumers’ plans for spending declined even further.

“Households expect to concentrate their spending on essential goods and services and to reduce spending on durables (cars, home appliances, furniture) and activities involving person-to-person contact (restaurants, cinema, travel and transportation) until the situation normalizes. Another sign of caution is that many respondents expect their work to return to normal sooner than their spending and social habits. This points to some excess supply and disinflationary pressures,” the central bank said.

Yet consumers’ inflation outlook actually rose to 2.8 per cent — close to the peak in the survey’s four-and-a-half-year history — even as Statistics Canada’s official consumer price index (CPI) inflation fell below zero, year over year, at the height of the COVID lockdowns in May. The Bank of Canada said consumer perceptions may have reflected higher prices for store-bought food, which played a heightened role in household spending during the lockdowns.

On the other hand, businesses’ inflation expectations were near record lows - more consistent with the view of the Bank of Canada and most economists, who see slow demand, together with excess production capacity and labour, keeping price pressures weak.

“COVID has opened up a lot of capacity in Canada (and across the globe), softening expectations on input and output prices and generally pulling down inflation expectations. That’s a recipe for the Bank of Canada to maintain exceptional policy accommodation for the foreseeable future,” National Bank of Canada economist Warren Lovely said in a research note. 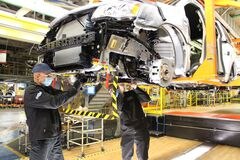 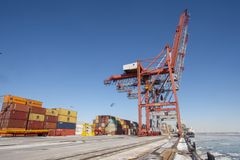 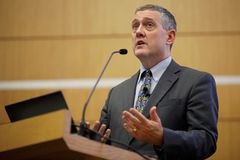