After a year-long struggle with bond markets, the Trump administration, and each other,U.S. Federal Reserve policy makers found their way to a compromise this week with a rate cut that even the White House said had put monetary policy in a much better place.

The U.S. central bank’s monetary policy had been too tight and hurt the economy, but “that huge obstacle to growth is now waning” after the rate cut announced on Wednesday, top White House economic adviser Larry Kudlow said.

Though President Donald Trump himself has remained critical of the Fed, the combination of the lowering of rates and a stronger-than-expected jobs report on Friday appeared to lift the sustained pressure that has been on the central bank to easy monetary policy since last year.

Along with Mr. Kudlow’s comments, which were coupled with a statement that there was no discussion under way to try to remove Fed Chair Jerome Powell from office, global bond markets reduced bets the Fed would cut rates again anytime soon.

Gaps between market expectations and the Fed’s own outlook have been wide at times this year, a source of concern for policy makers who don’t want to kowtow to markets, but also don’t want to surprise or disrupt them.

But the two are now roughly in line with the idea that the Fed is on hold and the economy is continuing to chug along, a fact highlighted by data showing 128,000 jobs were created in October – a number that was depressed by a General Motors strike but higher than expected.

Contracts tied to the Fed’s target overnight interest rate – the federal funds rate – showed investors expect the central bank to remain on hold until at least April, according to the CME Group.

“We’ve done the adjustment,” Fed Vice-Chair Richard Clarida said in an interview on Bloomberg TV, adding in later remarks at an event in New York that the full impact of the monetary-policy easing this year has yet to be felt.

The U.S. central bank on Wednesday reduced the federal funds rate by a quarter of a percentage point to a range of between 1.50 per cent and 1.75 per cent.

The move, accompanied with new language indicating that the current “mid-cycle” round of rate cuts was at an end, also seemed to pull Fed officials closer to each other after what had been a pronounced split among groups that wanted to lower rates and those who wanted to keep them unchanged.

Speaking in Houston, Dallas Fed president Robert Kaplan said he supported the most recent rate cut this week “on the condition that it was accompanied with a clear articulation that for the time being the setting of monetary policy was, quote unquote, ‘appropriate’ [and that] the market and the people should not expect an additional action beyond” the three rate cuts.

Not all Fed policy makers have been on board with the rate cuts. Boston Fed president Eric Rosengren and Kansas City Fed president Esther George dissented in the policy decision this week as they did when the Fed reduced rates in July and September.

As major U.S. stock exchanges notched new record highs on Friday after the latest jobs numbers were released, Mr. Rosengren released a statement arguing that “with labour markets tight, inflation near target, real GDP growing around estimates of its potential, and a moderation of the risks surrounding trade and Brexit, I believe further accommodation is not needed.”

“We’re not at maximum employment,” Minneapolis Fed president Neel Kashkari said after the jobs report showed the U.S. unemployment rate had ticked up to 3.6 per cent, still extremely low by historical standards. Noting that inflation is still below the Fed’s 2-per-cent target, he said, “Optimal monetary policy should have our employment and price stability mandates in tension. They are not – nor have they been since the [financial] crisis ... policy has been too tight.”

But when the Fed releases new economic and policy projections in December, a broad consensus may well show through.

Mr. Clarida said he thinks the U.S. economic expansion still has room to run with rates just as they are, saying the economy is not late in the business cycle and that the consumer has “never been in better shape.” 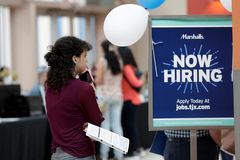 Trump bets on Federal Reserve rate cuts to help the dollar. Don’t count on it
October 31, 2019 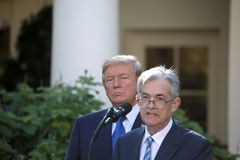