Canada’s job market is showing mounting signs of a slowdown after some of the country’s strongest hiring in years, suggesting a broader economic chill has invaded an area of strength.

The number of payroll employees declined by 27,600 in September, Statistics Canada said on Thursday in its monthly Survey of Employment, Payrolls and Hours (SEPH). It said there were “notable decreases” in retail trade, along with construction and educational services.

Over the past year, there has been an increase of 303,700 payroll employees, or 1.8 per cent. But annual growth is decelerating, and along with other tepid labour reports of late, suggests employers are pulling back from a burst of hiring that many viewed as unsustainable in light of weaker economic fundamentals.

“I’m not surprised that there’s been a softening in the data,” Royce Mendes, senior economist at Canadian Imperial Bank of Commerce, said in an interview. “We should be a little bit concerned about what the emerging trend is in employment” numbers, he added.

Ontario accounted for most of September’s decrease, with close to 24,000 employees shed. Alberta notched the second-largest decline, at 4,200 employees.

Quebec has now pulled ahead of Ontario as the country’s top job creator over the past year, with nearly 100,000 positions added.

September’s job loss was the first of 2019, after SEPH figures for August were revised to show a gain.

Mr. Mendes said that recent employment growth has been stronger than that of overall economic output.

“Looking at history, when that happens, it’s usually the trend that the employment data move in the direction of the [gross domestic product] data,” he said.

On that front, GDP is projected to slow considerably when Statscan reports figures for the third quarter on Friday. Inflation-adjusted GDP is expected to grow at an annualized rate of 1.3 per cent, according to the consensus Bloomberg estimate, down from 3.7 per cent in the second quarter. Exports and retail sales are particular drags on the Canadian economy.

Further, the longer-term outlook appears sluggish. The Bank of Canada expects the economy will grow by 1.7 per cent next year, and 1.8 per cent in 2021. The central bank trimmed its forecasts from the summer and could find itself increasingly under pressure to juice the economy with a lower policy rate. However, the BoC is widely expected to hold the benchmark rate at 1.75 per cent at next week’s announcement.

For a time, sluggish prospects didn’t weigh on hiring. The Labour Force Survey (LFS), a separate Statscan report that polls households, shows that roughly 356,000 more Canadians are working this year, which represents the strongest year-to-date job growth through October since 2002, in raw numbers.

However, much like the SEPH report, the LFS could be taking a pause. In October, it showed a job loss of roughly 2,000 positions, a figure propped up by temporary hiring related to the federal election. Strip that out and employment declined by as many as 22,000 positions, Bank of Nova Scotia said in a research note at the time.

Moreover, there are also growing signs of pessimism in the private sector. Small-business confidence dropped in November, according to Thursday results from the CFIB Business Barometer, with the percentage of companies citing their general situation as “bad” jumping to 18 per cent, or the highest since 2016.

“This is concerning, as confidence had remained resilient for most of the year,” wrote Rishi Sondhi, economist at Toronto-Dominion Bank, in a client note.

Thursday’s SEPH report showed that wage growth remains strong. Average weekly earnings grew 4 per cent from a year earlier to $1,042. This was an acceleration from August’s 2.6-per-cent gain.

The wage hike was broad-based, with most major industrial sectors seeing increases. Accommodation and food services, administrative and support services, and manufacturing all registered earnings growth of 6 per cent and higher.

Quebec notched the largest earnings growth among the provinces, up 4.9 per cent from a year ago.

However, Mr. Mendes cast some doubt on overall wage growth, adding that earnings are picking up from a low base.

“I don’t think we should put too much stock in those wage readings because of the volatility in them,” he said. 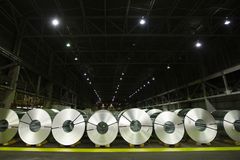 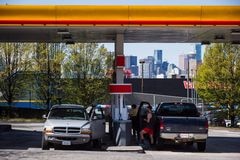 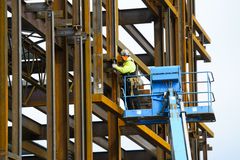