The European Central Bank said on Thursday it would accelerate money-printing to keep a lid on euro zone borrowing costs, signalling to sceptical markets that it is determined to lay the foundation for a solid economic recovery.

Concerned that a rise in bond yields could derail a recovery across the 19 countries that share the euro, the ECB said it would use its €1.85-trillion ($2.8-trillion) Pandemic Emergency Purchase Program (PEPP) more generously over the coming months to stop any unwarranted rise in debt financing costs.

Sources told Reuters that policy makers had set a monthly target but agreed not to disclose it. Purchases would not be as high as the €100-billion a month the ECB was buying in the spring of 2020, they said, but would still be well above the €60-billion of bonds it scooped up in February.

“The Governing Council expects purchases under the PEPP over the next quarter to be conducted at a significantly higher pace than during the first months of this year,” the ECB said in a statement after its regular policy meeting.

The widely expected move comes after a steady rise in yields since the start of the year that has mostly mirrored a similar shift in U.S. Treasuries rather than reflecting improved economic prospects across the euro zone.

ECB President Christine Lagarde said the council was in “total consensus” but the sources said there were some disagreements.

One of the sources said the ECB aimed to push down yields close to where they were in December, when Germany’s 10-year yield touched -0.64 per cent, while another said improved economic prospects mean part of the recent increase in yields was justified.

The ECB said it would continue to purchase flexibly but reaffirmed that its PEPP quota would not necessarily be used in full if market conditions allow.

Including this proviso was a necessary concession to keep on board policy “hawks” who were sceptical about increasing bond purchases, one of the sources said.

Investors had started to doubt the ECB’s commitment after purchase volumes decreased in the past two weeks, confounding expectations it would use its much-emphasized “flexibility” to run up market activity.

The sources said any fresh change in the pace of bond purchases would need to be decided by the Governing Council based upon a set of indicators of financing conditions agreed at Thursday’s meeting, combined with the outlook for inflation.

The ECB Executive Board would simply pursue that target with a small tolerance band around it.

Euro zone growth is currently weaker than forecast as a new wave of the coronavirus pandemic and a painfully slow vaccine rollout are requiring longer lockdowns, challenging expectations for a rapid rebound in the spring.

“While the overall economic situation is expected to improve over 2021, there remains uncertainty surrounding the near-term economic outlook, relating in particular to the dynamics of the pandemic and the speed of vaccination campaigns,” Ms. Lagarde told a news conference.

New staff forecasts nevertheless saw growth of 4 per cent for 2021 as a whole, slightly higher than predicted in December. The inflation forecast was also raised to 1.5 per cent from 1 per cent, although Ms. Lagarde said that reflected temporary factors and energy prices.

Ms. Lagarde said the euro zone economy was likely to contract again in the first quarter of 2021 and stressed the patchiness of any signs of recovery. She said the longer-term inflation outlook was unchanged below its target of close to 2 per cent.

With the bloc’s overall fiscal support seen as modest compared with the additional US$1.9 trillion relief package approved by the U.S. Congress on Wednesday, the level of future ECB stimulus is being closely watched.

For the ECB, the trick will be implementing its renewed commitment to favourable financing conditions.

It cannot appear to micromanage bond yields, since that would tie its hands in the future and invite accusations it is shielding governments from market forces.

Policy makers are also careful not to overstate the rise in yields, which are still low by most standards. The German yield curve, the benchmark for the 19-country bloc, is still in negative territory out to 20 years.

With Thursday’s decision, the ECB’s key rate stayed at a record low -0.5 per cent. The total envelope for the Pandemic Emergency Purchase Program was also unchanged at €1.85-trillion. 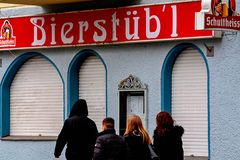 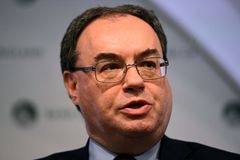 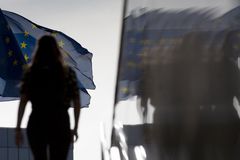