Canadian postsecondary students are weeks away from stepping into a job market that is reeling from unprecedented layoffs, raising concern about how those returning to school in the fall will fund their studies and whether graduates will bear long-term scars of unfortunate timing.

Just weeks ago, the outlook was favourable. At 5.6 per cent, the national unemployment rate in February was close to a record low and companies were struggling to find workers.

But in short time, COVID-19 has decimated the labour market. Companies in virtually every industry have laid off employees or reduced their hours, and the federal government expects four million people will apply for emergency income aid. Already, students have seen interviews cancelled, summer programs put on hiatus and job listings dry up as they try to plan their next move while juggling final assignments and exams outside of campus.

“This is going to have a long-term impact on anyone who is just leaving school and trying to start their career,” said Tammy Schirle, an economics professor at Wilfrid Laurier University.

A month ago, Sweta Daboo was “very hopeful” about her job prospects. Now, “if you look online, the rate at which new jobs are being posted has decreased dramatically,” said Ms. Daboo, who will soon graduate with a double major in biology and political science from the University of Prince Edward Island.

Michael Reale, a graduating student at the Ontario College of Art and Design University in Toronto, had a meeting with a potential employer cancelled at the last minute. “There’s not really a plan at all” right now, he said. “The typical things that one would plan to do [for work] are now super cloudy.”

Cassidy Westrop, who’s wrapping up a master’s of architecture at the University of Calgary, is also struggling to find work. “Even previous to this, we all had anxiety about finding jobs,” she said.

Students and graduates will be joining the labour market during the worst economic shock that Canada has seen in generations. Bank of Nova Scotia recently projected gross domestic product will plunge at a 28-per-cent annualized rate in the second quarter, far exceeding the worst declines of the Great Recession of 2008-09. Many economists say the jobless rate will surge into double digits.

For new graduates, joining the job market during a recession can have lasting consequences. A 2012 study in American Economic Journal: Applied Economics tracked the long-term impact on earnings for Canadian men who graduated in past recessions, finding the cost “is substantial and unequal. Unlucky graduates suffer persistent earnings declines lasting 10 years. They start to work for lower paying employers and then partly recover through a gradual process of mobility toward better firms.”

More recently, Royal Bank of Canada published a report that analyzed outcomes for graduates who joined the labour force during and immediately following the 2008-09 downturn.

The early years of one’s career are especially crucial, RBC noted, because that’s when wage increases are typically the largest as workers begin to accumulate experience.

Some students may be able to tap into emergency aid that Ottawa recently unveiled and which will provide workers affected by COVID-19 with $2,000 monthly for up to four months. To qualify, workers must have earned at least $5,000 in work income in 2019, or the 12-month period prior to application. In a post to her website, federal cabinet minister Maryam Monsef said students who satisfy the income threshold qualify for the benefit. Government legislation did not say anything about income from scholarships or bursaries.

The job market is a concern for returning students as well.

Grace Gallien, a second-year student at the University of Ottawa, recently received a notice from her landlord that her rent will be hiked by 23 per cent, to $1,200 monthly from $975, on Aug. 31. (Her building is new and thus not subject to provincial rent-control guidelines.)

She wants to remain in the building and is hoping the building’s owner will reconsider the rent hike. “I cannot believe they did this in the middle of this pandemic,” Ms. Gallien said. “One of the very first things I thought of was, ‘I need to get as many hours as I possibly can.’ ”

Ms. Gallien is fortunate enough to have a job lined up – but it’s retail work that puts her in direct contact with others, raising her potential virus exposure. “I’m not even sure if I will [go back to work] because I don’t want to put my parents at risk,” said Ms. Gallien, who’s finishing her school year from her family home in Richmond Hill, Ont.

Will Graham, a third-year student at the University of Toronto, planned to return to his jobs from last summer – at a summer camp and restaurant – but that’s been thrown into doubt. “I’m going to try and find work in any way I can,” he said, noting that grocery delivery was an option.

One concern is that some students, facing a loss of income, will be forced to add more debt to afford tuition.

“I’m hoping student-loan programs can step in for any student who would have had to take on extra debt for the fall," Dr. Schirle said. “There are opportunities here to offer that as grants rather than loans, where there is need.”

For now, Ms. Daboo at UPEI is “living really frugally” to stretch her finances and preparing to defend her thesis on Zoom, the video-conferencing application. “No one could have predicted this could happen,” she said. "No one can predict how long this will go on. So the most we can do is just hold tight and stay hopeful.”

Young gig workers: We want to hear from you

Are you a millennial freelance or contract worker who has been laid off because of COVID-19? We want to hear from you for a podcast we are working on. Send us an email. 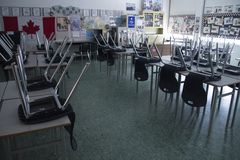 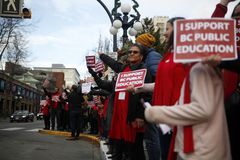