Factories across Europe and Asia ramped up production in March as a solid recovery in demand helped manufacturers move past the setbacks of the pandemic, although escalating costs and supply-chain disruptions were creating challenges and driving prices.

A series of upbeat factory surveys released on Thursday reinforced market optimism that vaccine rollouts, as well as strong growth in global powerhouses like the United States and China, would help economies emerge from their sharp downturns of 2020.

Euro zone monthly factory activity growth galloped at its fastest pace in the near 24-year history of a leading business survey last month, but supply chain disruptions and renewed lockdowns in the region may rein it in soon.

IHS Markit’s final Manufacturing Purchasing Managers’ Index (PMI) jumped to 62.5 in March from February’s 57.9, above the initial 62.4 “flash” estimate and the highest reading since the survey began in June 1997.

“The euro zone manufacturing sector proved once again to remain resilient through the re-imposed wave of lockdowns,” said Maddalena Martini at Oxford Economics.

In Germany, Europe’s largest economy, activity grew at the fastest pace on record. In France, the bloc’s second-biggest economy, it hit levels not seen since the internet boom at the turn of the century.

But much of Europe is suffering a third wave of coronavirus infections, and with a slow vaccine rollout in the region, governments have re-imposed tough controls on citizens, likely hitting the bloc’s dominant services industry hard.

Meanwhile, supply-chain issues, exacerbated when the recent blockage of the Suez Canal caused disruption in global shipping and ports that could take months to resolve, has driven a surge in input prices and the biggest increase in suppliers’ delivery times since the survey began.

“Margins are coming under pressure because of all the supply-chain issues. The Suez issue didn’t help and we now have inventories at very low levels,” said David Owen at Jefferies.

In Britain, outside the currency union, factories rode a wave of orders and prepared for a gradual re-opening of the economy from its COVID-19 shutdowns by hiring staff at the fastest rate since 2014.

Japan and South Korea saw factory activity expand in March thanks to solid demand at home and abroad, PMIs showed, offering relief to policymakers facing pressure to speed up a patchy recovery.

China’s factory activity in March expanded at the slowest pace in almost a year, though underlying economic conditions remained positive.

The Caixin/Markit Manufacturing PMI, which focuses on smaller firms, dropped to 50.6 in March from February’s 50.9, missing market expectations.

The private-sector survey came after the official manufacturing PMI on Wednesday, which showed Chinese factories cranking up production after a brief lull during the Lunar New Year holiday.

The final au Jibun Bank Japan PMI rose to a seasonally adjusted 52.7 in March from the previous month’s 51.4 reading, marking the fastest expansion since October 2018.

South Korea’s PMI stood at 55.3 in March, with activity expanding for a sixth straight month.

“Input prices continue to outpace output prices, suggesting there may be some risk to profit margins,” said Erin Xin, China economist at HSBC.

“Should there be significant compression in profit margins, this could dampen firms’ capex spending in the coming quarters.” 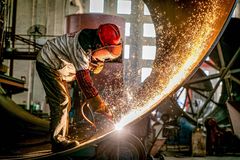 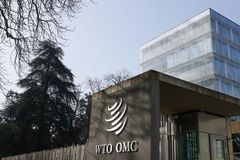 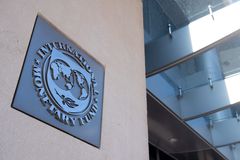