As Newfoundland and Labrador struggled for decades to keep people from leaving, it could count on one thing: at least St. John’s would keep growing.

Between the 1991 and 2016 census years, the province lost nearly 50,000 people (9 per cent), but the capital region grew by about 34,000 (20 per cent). Thousands may have moved west, but many others migrated from rural areas to St. John’s, part of a broader wave of urbanization seen across the country.

Recently, however, that trend has hit the skids. Over the 12-month period ending in mid-2019, population growth stalled in the St. John’s area, after a meagre gain the previous year, according to recent Statistics Canada data. St. John’s was the only census metropolitan area (CMA) in the country that didn’t see its population rise.

The stagnation amounts to another setback for Newfoundland, which is coping with a demographic crisis of rapid aging and little immigration, along with debt-addled public finances that could desperately use an infusion of new, young taxpayers.

The trend serves as a big risk for the province’s economy, including weaker consumption and labour shortages that hinder the growth potential for homegrown companies.

“[A] deteriorating demographic situation will continue to limit the economy’s momentum in the years ahead,” Royal Bank of Canada economist Ramya Muthukumaran said in a research note.

RBC projects inflation-adjusted gross domestic product for Newfoundland to grow just 1.1 per cent in 2020, while Toronto-Dominion Bank expects a gain of only 0.7 per cent.

“We need a sense of urgency to grasp the issue now, before it’s too late,” said Tony Fang, a Memorial University professor who researches the province’s demographics. “It’s about time to do something quite dramatic.”

For now, the outlook appears bleak. Under a medium-growth scenario, the province’s population will ebb to 460,000 people by 2043, a decline of 65,000 (12.4 per cent) from 2018, according to a Statscan projection published in the fall. There is no scenario in which the province doesn’t lose tens of thousands of residents.

Of late, Newfoundland is afflicted by a familiar story: More people are moving out to other provinces than are moving in. Newfoundland’s net interprovincial loss accelerated to 4,500 people in the most recent year, the largest outflow since 1998-99. More than 3,000 moved to Alberta – the largest number in seven years – despite that province’s own oil-induced economic woes.

The story was much the same in St. John’s. The CMA – which includes the city, along with surrounding places, such as Conception Bay South and Mount Pearl – saw a net loss of 2,600 people to other provinces. That was the largest outflow in Statscan data going back to 2006-07.

The out-migration overshadows a rising intake of immigrants. Newfoundland added 1,850 permanent residents in 2019, up 64 per cent from 2015. In doing so, the province surpassed a government target to bring in roughly 1,700 immigrants a year by 2022.

Even then, immigration is decidedly modest. Newfoundland still has the lowest intake of immigrants by province, both in raw numbers and adjusted for population.

Making things tougher, Newfoundland and its Atlantic peers struggle to hang onto newcomers. Among those admitted to Canada in 2011, only 51 per cent remained in Newfoundland five years later, according to a Statscan analysis of tax filers. That was the third-lowest retention rate by province.

“People who are not able to find a job leave the province, and international immigrants are not looking into a province with high unemployment rates,” said Parisa Mahboubi, senior policy analyst at the C.D. Howe Institute.

Labour troubles are nothing new. While the jobless rate has drifted lower, to 11.9 per cent, it remains easily the highest of any province. Meantime, the number of employed people barely changed in 2019, based on average annual data from the Labour Force Survey. In many ways, stagnation is the norm; the number of employed men, for instance, is roughly the same as four decades ago.

Newfoundland is also hamstrung by challenging finances. While the province is running a sizable surplus for the 2019-20 fiscal year, which includes an infusion of federal cash via the new Atlantic Accord agreement, with $2.5-billion booked now, but flowing to the province over decades. Take that away, and the province’s deficit is close to $1-billion – worse than initially thought, on account of a prolonged shutdown at the Hibernia offshore oil field last year.

The province is increasingly weighed down by debt. On a per-capita basis, Newfoundland had nearly $30,000 in net debt in the last fiscal year, the highest of any province. Still, the provincial Liberal government has committed to a balanced budget – a plan that hinges, in part, on restrained spending in the coming years.

The solution, Prof. Fang said, must include higher immigration. To keep the population growing, and thereby shore up the province’s tax base, immigration should be ramped up to at least 1 per cent of the population, or 5,000 people annually, he said.

“The only way out is immigration.”

PEI’s Birt through to championship round at Tournament of Hearts
Subscriber content
February 19, 2020 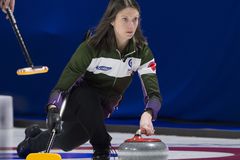 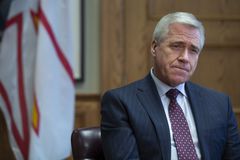 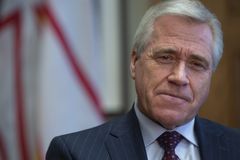