Vaccines and fresh economic stimulus promised by U.S. President-elect Joe Biden will give the global economy a chance to put the coronavirus pandemic behind it in 2021, policymakers and industry leaders told the Reuters Next conference.

Their optimism came despite a resurgence in COVID-19 cases that has prompted the World Bank to downgrade its growth forecast for this year and warn that delays in vaccination programmes could pinch recovery even further.

The head of German engineering giant Siemens AG said China is currently driving the world economy but was optimistic about recovery in the United States, where Biden has promised a faster roll-out of vaccines and more economic stimulus.

“In the U.S. ... they are holding all the cards and if they put the money to work in a wise way, there is going to be a very, very, strong second half of 2021 and especially 2022,” Siemens CEO Joe Kaeser told the digital forum.

The fight against the pandemic, which has claimed 1.9 million lives globally, has now entered a critical stage as countries around the world roll out vaccination campaigns aimed at immunizing large sections of their populations by year-end.

At the same time, emerging new variants of the virus have raised concerns about vaccine resistance and a faster spread of the disease, while China is battling a rise in cases that has seen more than 28 million people put under home quarantine.

The Washington-based World Bank last week cut its 2021 global growth forecast to 4 per cent from 4.2 per cent and said the rise in output could be as little as 1.6 per cent if there were vaccine delays.

Despite delays in the U.S. inoculation programme, St. Louis Federal Reserve President James Bullard said he was optimistic that vaccines heralded a way out of the pandemic, and that economic activity would revive as fatalities started to fall.

He compared the present moment to the D-Day landings of 1944 which ultimately hastened the victory of allied forces over Nazi Germany and the end of World War Two.

“It doesn’t mean the war is over but it certainly puts you in the right direction,” he said, adding that he doubted there would be a clearly defined “all-clear date” but instead a growing sense that the pandemic was being defeated.

European Central Bank President Christine Lagarde was also upbeat, reaffirming the ECB’s existing growth forecasts for the euro zone on the proviso that lockdown measures are lifted by the end of March and vaccines adequately distributed.

She cited as positives the fact that, after elections in the state of Georgia, Biden could count on U.S. Senate support for his economic programme and that Britain and the European Union had managed to avert a no-deal Brexit on Dec. 31.

“Some of the uncertainties we had on the horizon that made us look at the future with a dark cloud over our heads, some of that has been cleared,” Lagarde told the conference.

The ECB sees growth of 3.9 per cent this year across the 19 countries that use the euro currency, more optimistic than many private sector economists.

Even in the best-case scenario, global recovery is not expected to be even, and concerns are growing that low-income countries could be left even further behind while some sectors most exposed to the pandemic fight for their very existence.

Chris Hyams, chief executive of job listings website Indeed, said it was still unclear whether demand in sectors such as construction that have managed to hold up during the pandemic has now been sucked out for years to come.

“What we don’t know is, when things return, have people just pulled in the next five years of construction and it will all slow down, or is there more work to be done?” he said.

Asked about the risk that developing nations could be left behind in the economic recovery as their people struggle to pay for COVID-19 vaccines, Lagarde said it would “backfire” on the rich world if they did not show solidarity.

“It is in the self-interest of developed countries to make sure that low-income, developing, fragile states have access to vaccination as it is needed,” the ECB chief said.

World Bank Chief Economist Carmen Reinhart said increasing debt distress in many of those countries meant that China, now the world’s largest official creditor, would need to start restructuring the debt it is owed.

“What I think China will need to do to confront this is what previous other creditors in the past had done, which is you have to restructure,” Reinhart told a panel on economic inequality.

“And restructure big time, meaning either lower interest rates, longer maturities, write-off in principal or some combination of that.” 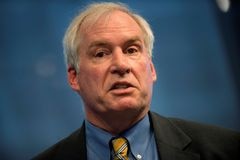 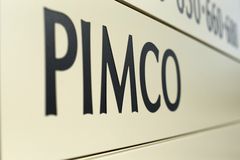 Fed officials predict COVID-19 vaccine could be a potent booster for the economy
Subscriber content
January 21, 2021