Seven weeks ago, Gita Gopinath, the International Monetary Fund’s chief economist, told the world to brace for “the worst recession since the Great Depression.” This grim assessment came as the IMF issued a World Economic Outlook report that projected a 3-per-cent drop in global gross domestic product this year, dwarfing the 2009 financial crisis – a forecast that Ms. Gopinath herself described as “pretty dire.”

We’ve learned a lot in the ensuing seven weeks of “the Great Lockdown,” as the IMF has called it. We’ve seen the early economic data, the introduction of massive fiscal and monetary supports, the progress of the pandemic. We’ve witnessed the beginnings of reopening in major economies in Asia, Europe and, now, North America. We’ve observed enough, in fact, for Ms. Gopinath to revise her prediction.

“What we’ve seen, in terms of incoming data from different countries in the world, points to even worse outcomes,” she said in a conversation held over a video call. She warned that in the IMF’s new forecasts, to be published on June 24, “We are very likely to downgrade for many countries, and for the global economy.”

That includes Canada, for which the IMF already had a pretty bleak projection – a 6.2-per-cent decline in GDP in 2020. Even that is looking too optimistic, given the double-hit the Canadian economy has taken from the COVID-19 shutdowns and from the collapse in oil prices.

“I think it’s fair to say the contraction is more severe,” she said. “This is a multi-layered crisis for Canada.”

In many ways, the IMF is merely catching up to the realities that economists in Canada have already grasped. The average forecast among the Big Six banks is a 7.3-per-cent contraction in GDP this year. Last week’s GDP data from Statistics Canada, which showed that the economy slumped more than 7 per cent in March (the beginnings of the COVID-19 shutdowns in Canada), with a preliminary estimate of a further 11-per-cent decline in April, largely affirmed the banks’ views.

Ms. Gopinath acknowledged that the IMF’s projections now appear to have underestimated the depth of the COVID-19 shutdowns globally, which have slowed consumption “even worse” than it had predicted.

But the bigger issue is that the prospects for a quick postlockdown rebound don’t look nearly as likely as they did a couple of months ago. “It will be a much more bumpy second half than we had considered in our baseline scenario,” she said.

There are a couple of key reasons for this increased pessimism. The first is that early talk of a quick medical solution to COVID-19 – a widely available vaccine – have been abandoned, or at least have become more realistic. The second is that even as the pandemic’s curve has gone into decline in China and major developed economies, “the hot spots have moved to emerging and developing economies,” she said.

This is a pressing problem for the IMF itself, as the institution’s main reason for existence is to provide emergency funds to countries in serious financial stress. Since late March, the IMF has approved a total of US$23-billion in financial assistance to 63 countries.

For the global economy, the pandemic threatens to prolong uncertainty and continue to hamper international movement, supply chains and trade flows. The IMF had already predicted a 10-per-cent plunge in global trade this year, but Ms. Gopinath suggested that might be too hopeful a forecast as well.

This is, of course, further cause for concern about Canada’s economy, which is highly dependent on trade and on oil prices that are driven by global transportation demand. Given that 70 per cent of Canada’s two-way trade is with the United States (and another 6 per cent is with China, which is ahead of most countries in emerging from COVID-19 lockdown), it’s largely sheltered from direct impact of the rise of COVID-19 in the developing world. Nevertheless, anything that extends the global pandemic risk into the second half of the year, as this spread of the novel coronavirus would seem to do, is bad news both for trade growth and for commodities.

That said, Ms. Gopinath gives Canada’s governments and its central bank high marks for their policy response to COVID-19, which she said will improve conditions for the recovery.

“I think Canada has done very well in terms of a very timely and well-co-ordinated policy response,” she said. “I think that is going to minimize as much as possible the scars from a crisis like this.”

And she urges policy makers not to take their foot off the gas too soon, as the economy will still need plenty of support as the complicated and very gradual reopening progresses.

“One of the lessons from the global financial crisis was that it’s important not to remove support measures too quickly. I think that will apply to this crisis, too." 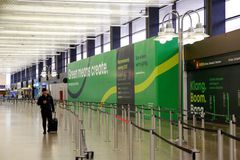 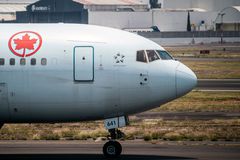