The most-affordable segments of Canada’s housing market are seeing the biggest price hikes as recent changes to mortgage regulations fuel demand for lower-priced homes such as condominiums, according to the country’s real estate industry organization.

The tighter mortgage lending rules, which make it harder for home buyers to qualify for uninsured mortgages, are also shrinking the pool of qualified buyers for higher-priced homes, said Gregory Klump, chief economist of the Canadian Real Estate Association.

“Given their limited supply, the shift of demand into lower price segments is causing those sale prices to climb,” he said in a statement as the association released its latest figures for the month of March. “As a result, ‘affordably priced’ homes are becoming less affordable while mortgage financing for higher priced homes remains out of reach of many aspiring move-up home buyers.”

Home sales across the country have dropped in the wake of several government policy measures, including a stress test for home buyers with a down payment of more than 20 per cent, that were implemented to cool the country’s hot housing market. Last March, national home sales activity had reached an all-time record for that month, according to CREA.

The number of Canadian homes sold in March plunged 23 per cent and the national average price was down 10 per cent from the same month last year amid double-digit plunges in most housing markets across the country, according to the latest monthly sales data released Friday.

CREA said Friday the level of sales activity marked a four-year low for the month of March and was seven per cent below the 10-year average. Still, national home sales were up from the previous month by 1.3 per cent, according to CREA’s latest statistics.

Sales prices are slipping too, with the national average price for all types of residential property down to about $491,000, down 10.4 per cent from March of last year – with the Vancouver and Toronto markets causing most of the drag.

Excluding Canada’s two most expensive real estate markets, the national average price would be $383,000 – a decline of two per cent from March 2017.

But a closer look at the different housing segments reveals a mixed landscape, with lower-priced homes showing the largest gains.

“The housing market continues to adjust to stricter mortgage rules, recent Bank of Canada rate hikes and some provincial policy moves,” said BMO Capital Markets’ senior economist Robert Kavcic in a research note Friday. “While we’re seeing some signs of stability, the adjustment likely has some time yet to go.”

As of Jan. 1, home buyers with a down payment larger than 20 per cent seeking a mortgage from a federally regulated lender are now subject to a financial stress test. These borrowers now have to prove that they can service their uninsured mortgage at a qualifying rate of the greater of the contractual mortgage rate plus two percentage points or the five-year benchmark rate published by the Bank of Canada.

The new policy reduces the maximum amount buyers will be able to borrow to buy a home. An existing stress test already requires those with insured mortgages to qualify at the Bank of Canada benchmark five-year mortgage rule.

In turn, home sales activity was pulled forward to the end of 2017 as home buyers tried to lock in a mortgage before the new rules took effect.

Sales in the first quarter slid to their lowest quarterly level since the first three months of 2014.

CREA said activity was below year-ago levels in more than 80 per cent of all local markets, in all major urban centres except for Montreal and Ottawa, with the vast majority of year-over-year declines well into double digits.

Phil Soper, chief executive of real estate company Royal LePage, said the new stress test for uninsured mortgages introduced by the Office of the Superintendent of Financial Institutions has “interrupted” the flow of move-up home buyers looking to upgrade from their entry level home or move to a more desirable location.

“That cycle has been interrupted with the OSFI stress test, because it impacts the ability to move up,” he said. “The question is, is it temporary, or will it actually take demand out of the market permanently? I believe it’s temporary.”

“However, lower-priced markets where affordability is good should generally outperform in the current environment.” 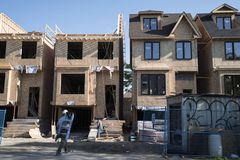 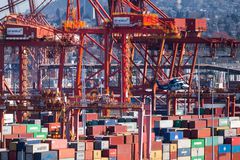 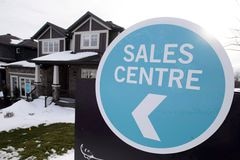