U.S. consumer spending and prices rose moderately in June, pointing to slower economic growth and benign inflation that could see the Federal Reserve cutting interest rates on Wednesday for the first time in a decade.

The report from the Commerce Department on Tuesday showing the smallest gain in consumer spending in four months came as Fed officials started a two-day policy meeting. The 10-year old economic expansion, the longest in history, is slowing as the stimulus from last year’s $1.5 trillion tax cut package fades.

The economy is also facing headwinds from a bitter trade war between the United States and China, a likely disorderly exit from the European Union by Britain and weak global growth. With those risks in mind, Fed Chairman Jerome Powell early this month signalled the U.S. central would ease monetary policy soon.

But a strong labour market and signs that the economy was not slowing abruptly have significantly reduced the probability of the Fed reducing borrowing costs by 50 basis points, as anticipated by financial markets earlier this month. President Donald Trump, who has been critical of the Fed, on Tuesday repeated his call for “a large cut.”

“Nobody expects that the economy is now headed toward a rip-roaring second half of the year, but near-term concerns about a rapid weakening have diminished,” said Jim Baird, chief investment officer at Plante Moran Financial Advisors in Kalamazoo, Michigan.

Consumer spending, which accounts for more than two-thirds of U.S. economic activity, gained 0.3 per cent as an increase in services and outlays on other goods offset a decline in purchases of motor vehicles. Consumer spending rose 0.5 per cent in May.

Economists polled by Reuters had forecast consumer spending climbing 0.3 per cent last month. The data was included in last Friday’s second-quarter gross domestic product report, which showed consumer spending increased at a 4.3 per cent annualized rate, accelerating from a tepid 1.1 per cent pace in the January-March period.

Robust consumer spending blunted some of the hit to GDP from weak exports, business investment and a slowdown in inventory accumulation. The economy grew at a 2.1 per cent rate last quarter, pulling back from the first quarter’s brisk 3.1 per cent pace.

Excluding the volatile food and energy components, the PCE price index rose 0.2 per cent last month, increasing by the same margin for a third straight month. In the 12 months through June, the so-called core PCE price rose index to 1.6 per cent after advancing 1.5 per cent for three consecutive months.

The core PCE index is the Fed’s preferred inflation measure and has undershot the central bank’s 2 per cent target this year.

The dollar was little changed versus a basket of currencies, with investors on the sidelines ahead of the Fed’s rate decision. U.S. Treasury prices dipped and stocks on Wall Street were trading down.

“While we don’t know much about the third quarter at this point, the trajectory for spending through June looks roughly consistent with our estimate for a 2.4 per cent pace of real consumption growth in the third quarter,” said Daniel Silver, an economist at JPMorgan in New York.

Consumer spending continues to be underpinned by strong confidence and job growth. In a separate report on Tuesday, the Conference Board said its consumer confidence index jumped 11.4 points to 135.7 in July, the highest reading this year.

The survey’s so-called labour market differential, derived from data about respondents who think jobs are hard to get and those who think jobs are plentiful, rebounded to 33.4 from 28.2 in June, suggesting a drop in the unemployment rate in July.

“While the Fed is locked into a rate cut on Wednesday this report points to strength that is inconsistent with the need for an insurance cut and the case for one and done for now has grown,” said John Ryding, chief economist at RDQ Economics in New York.

There were some encouraging signs on the housing market, which has contracted for six straight quarters, despite low mortgage rates. Housing has been hamstrung by expensive building materials and land and labour shortages, which are contributing to a dearth of homes for sale.

A third report on Tuesday showed the S&P CoreLogic Case-Shiller composite index of home prices in 20 metropolitan areas rose 2.4 per cent in May from a year ago after increasing 2.5 per cent in April. House price inflation has been slowing after last year’s surge in mortgage rates dampened demand for housing.

The moderation in prices and a sharp drop in mortgage rates this year have revived demand. Another report from the National Association of Realtors showed contracts to buy previously owned homes rose for a second straight month in June. 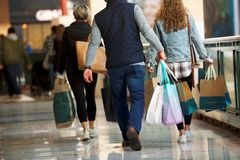 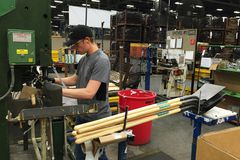