Canada’s retail sales rebounded sharply in May and June, all but wiping out the deep declines of the COVID-19 lockdowns, but economists cautioned that the retail sector still has a difficult road back to normal.

Statistics Canada reported Tuesday that sales surged 18.7 per cent in May – a sharp reversal from the record 26.7-per-cent nosedive in April, the lowest point in the COVID-19 crisis, when efforts to contain the pandemic had forced mass closings throughout the sector. Statscan also released a preliminary estimate that sales look to have jumped an additional 24.5 per cent in June, as lockdown measures continued to ease and consumers unleashed pent-up demand.

The agency noted that even after May’s rebound, the deep losses from the lockdowns that began in mid-March left retail sales 20 per cent below their pre-COVID levels. But should the advance June estimate prove accurate, that would leave sales just 0.4 per cent below where they were in February.

Still, economists cautioned not to read too much into the rapid recovery. The unusual nature of the crisis and the government’s measures to combat its impact, most notably the Canada Emergency Response Benefit that has propped up incomes of affected workers, have had a profound impact on consumer behaviour over the relatively near term. They noted that while employment has rebounded, it was still nearly 1.8 million below prepandemic levels last month – a serious worry for longer-term consumer demand.

“At the moment, sales are still being buoyed by the enormous government income-support programs and consumers satisfying pent-up demand, both of which could fade in the second half of the year,” Canadian Imperial Bank of Commerce senior economist Royce Mendes said in a research note.

“The extraordinary fiscal stimulus put in place to support income during the crisis might have allowed households to resume spending faster than would otherwise have been the case,” said National Bank of Canada economist Jocelyn Paquet in a research note. “CERB payments have recently been extended by Ottawa, but they will eventually end. This will squeeze household income and weigh on retail sales later this year, unless employment stages a massive rebound by then.”

Toronto-Dominion Bank economist Ksenia Bushmeneva noted that even as sales bounce back to close to their precrisis levels, “the pandemic wreaked havoc on the retail landscape, reshaping the industry and dramatically accelerating trends that were already in place for some time, such as the shift to online shopping.”

Statscan said e-commerce sales were up 113 per cent year over year in May, compared with a year-over-year drop in overall retail sales of 18 per cent.

A separate report from TD Bank on Tuesday said that based on weekly data the bank has compiled on consumer transactions, spending in the week ended July 10 was up slightly from the same period a year earlier – the first year-over-year growth since the pandemic began.

However, the report indicated that “distortions remain” in spending patterns, as many elements of the COVID-19 containment measures remain in place. Nearly one-third of retail segments remain down year over year, led by travel, recreation and entertainment, clothing and gas stations. Meanwhile, supermarkets and hardware stores have seen significant gains.

Statscan said that in May, about 23 per cent of retail stores continued to suffer closings, with an average of five business days lost. It reported big bounce-backs in clothing (up 108 per cent), sporting goods, books and music (up 101 per cent), furniture (up 76 per cent) and new cars (up 67 per cent) – all of which were hit deeply by the lockdowns, and all of which remained far below year-earlier levels despite their May rebounds.

The only major segment to show a decline in sales in May was food stores, which slipped 2 per cent month over month. Demand at grocery stores had surged early in the pandemic, as consumers stocked up and ate most of their meals at home.

Ms. Bushmeneva suggested that the rapid rebound in retail isn’t unambiguously positive – there are risks to returning to normal face-to-face retail interactions too quickly.

“As greater swaths of the economy reopen, this is bringing reprieve to retailers and shoppers, but it also carries risks that increased social interaction will lead to a resurgence in cases and renewed restrictions. The outlook for retail sales depends on the virus trajectory. In that regard, the experience south of the border and the recent uptick in cases in some provinces offers a cautionary tale,” she wrote in a research note. 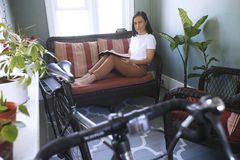 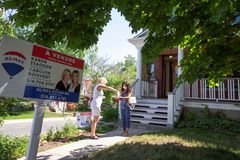