Bank of Canada Governor Stephen Poloz does not think the country has another 2014-15 oil shock on its hands, but he said the central bank needs more time to figure out how hard the current slump in Canada’s oil market will hit the broader economy.

“It looks like it’s material at this stage, but smaller,” Mr. Poloz said in a news conference after a morning speech in Toronto, noting the industry makes up a much smaller portion of the Canadian economy than it did before the oil shock of four years ago. “That doesn’t make it less important – certainly to the people who are affected.”

Mr. Poloz made his comments one day after the Bank of Canada held its key interest rate steady at 1.75 per cent while issuing a statement that painted a much gloomier portrait of the Canadian economy than it expressed when it raised rates in late October. The oil sector’s troubles were the main factor in the bank’s change in tone.

Markets interpreted the new statement as a signal that the central bank will delay its next rate hike, which had been widely anticipated for January – buying the bank time to better calculate the meaning of this latest shock to the oil sector.

“We have to do our work in order to understand the shock better and what its magnitude actually is,” he said. “We need some time.”

Mr. Poloz said the central bank was aware of the deep decline in the price of heavy oil from the Alberta oil sands when it issued a more upbeat assessment of the economy in October. However, it felt the slump would clear up later in the year, once temporary shutdowns at U.S. refineries ended.

“It’s the effect on light [oil] that is the newsworthy item here,” he said.

Mr. Poloz noted that the oil and gas sector’s footprint on the Canadian economy today is considerably smaller than it was before 2014 and ’15, when oil prices collapsed, investment in the oil patch plunged and the Bank of Canada cut interest rates twice to help support a slowing national economy.

The contribution of oil and gas to gross domestic product has been cut nearly in half since 2014 – to 3.5 per cent of GDP from 6 per cent. The sector’s share of Canadian business investment, which was about 30 per cent in 2014, has shrunk to about 18 per cent today, he said.

Nevertheless, "it is already clear that a painful adjustment is developing in Western Canada, and there will be a meaningful impact on the Canadian macroeconomy,” he said in his speech.

Some economists have suggested the oil downturn could knock 0.5 per cent off annual GDP. The Bank of Canada will issue its own updated economic forecasts in its quarterly monetary policy report on Jan. 9, in conjunction with its next interest-rate decision.

Mr. Poloz said the bank will use the intervening weeks to conduct a deeper analysis of the economic effects of the oil slump, including talking with oil-industry executives to gauge how the downturn might affect their spending and hiring plans.

“We’ll have a lot more information by the time we get to January,” he said.

The oil market is not the only thing clouding economic prospects.

Mr. Poloz said “ongoing trade tensions between the United States and other countries, particularly China,” now pose the greatest risk to the bank’s outlook for the economy.

The United States is threatening to impose tariffs of 25 per cent on nearly everything China exports there, escalating a tariff showdown between the world’s two largest economies. Last week, Washington said it would delay pulling the trigger on additional tariffs until the end of February, pending the outcome of trade negotiations with China.

And while financial markets have focused on how a trade war would weigh on global economic growth, Mr. Poloz warned that traders are overlooking the important inflationary effects of rising tariffs.

“It’s true that we would have slower growth, but I believe we would also have an enhanced inflation risk,” he said. “I don’t think markets have embraced that.”

Mr. Poloz said economic data in Canada in recent weeks have been “on the disappointing side.” That means the economy has “less momentum going into the fourth quarter than we believed it would,” he said. The Bank of Canada had been forecasting GDP growth of 2.1 per cent in the final three months of this year, but it could now be slower. 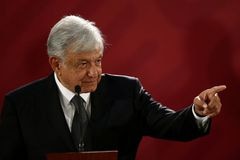 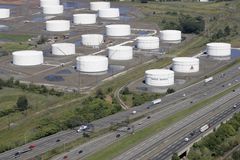 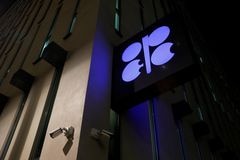