Statistics Canada reported that the merchandise trade deficit shrank to $1.9-billion, the smallest in six months. Economists had expected the April trade gap to be nearly twice that size, on the heels of March’s near-record $3.9-billion. (The March figure was revised from an originally reported $4.1-billion.)

Exports rose 1.6 per cent to a record $48.6-billion. It was their third straight month-to-month increase, and their sixth rise in seven months. The gain was partly a result of higher prices, as well as a 1.2-per-cent increase in export volumes. Exports were led by a 9-per-cent jump in metals and minerals, as well as strong gains in consumer goods (up 5.4 per cent) and forest products (up 4.3 per cent).

Imports, meanwhile, fell 2.5 per cent, reversing part of March’s 6.2-per-cent surge. The decline, which was relatively broad-based, was almost entirely a result of a 2.4-per-cent drop in volumes. The key contributor to the downturn was a 5.8-per-cent drop in auto-sector imports, reversing course after two straight months of strong gains. Consumer products fell 4.9 per cent.

Economists were encouraged by the continued upward momentum in exports, while they interpreted the dip in imports as largely expected after the strong March gains. They said April’s sharp decline in the trade deficit bodes well for the expected rebound in Canada’s economic growth in the second quarter, after a sluggish 1.3-per-cent annualized growth rate in the first quarter.

Most forecasters now see the second-quarter growth pace at somewhere between 2.5 and 3 per cent – in line with or a bit better than the most recent forecast from the Bank of Canada, which looks on track to raise interest rates again next month in light of the strengthening economy and firming trade trend.

“Canada’s trade picture perked up to start the second quarter, consistent with expectations that growth is going to bounce back after a soft start to the year,” said Bank of Montreal economist Benjamin Reitzes in a research note. “While there’s still tons of room for improvement on the trade front, this is welcome news, and consistent with the Bank of Canada hiking rates at the July policy meeting.”

But Statscan also used its monthly trade report to shed more light on one of the biggest clouds hanging over Canada’s trade outlook: the imposition by the United States of tariffs on Canadian steel and aluminum, part of a worrying trend of protectionist policies and rhetoric coming from Canada’s biggest trading partner. The statistical agency calculated that the tariffs – 10 per cent on aluminum and 25 per cent on steel – affect exports that totalled $9.2-billion of aluminum products and $7.2-billion of steel products in 2017.

Meanwhile, Canada’s retaliatory tariffs on U.S. imports affect shipments that in 2017 totalled $6.3-billion of steel products, $3-billion of aluminum products, and $10.1-billion of an assortment of other consumer products named in the action, ranging from food to appliances to motorboats. The total size of the Canadian retaliation, measured by dollar value of trade in 2017, is about $3-billion more than the U.S. action.

“Despite the good monthly [trade report], Canadian exporters are in for a rough ride in the coming months, and perhaps quarters. The recently imposed tariffs on aluminum and steel, together with retaliatory Canadian tariffs, will likely hold back movement of metals and metal products across the border and be a drag on economic activity – particularly in Quebec and Ontario,” Toronto-Dominion Bank senior economist Michael Dolega said in a research note.

“The tariffs also throw a wrench into the already difficult NAFTA negotiations, with any agreement looking less likely over the near-term – something that’s not going to do anything for business confidence on either side of the border,” he added. 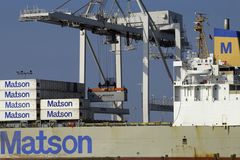 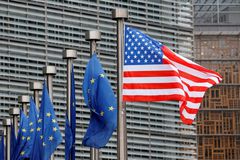