U.S. President Donald Trump accused Federal Reserve Chairman Jerome Powell on Wednesday of doing a “bad job” and “out to prove how tough he is,” but any move to oust him would likely touch off a legal fight with big repercussions in financial markets as well.

Trump’s renewed criticism of Powell for not lowering interest rates to help the United States compete against China, delivered in an interview on Fox Business Network, was the latest in a series of attacks that started only months after Trump made him Fed chief in early 2018.

The Federal Reserve Act says a president can only remove a Fed chair “for cause.” Historically the courts have not interpreted that to include policy differences.

“I think the law is clear that I have a four-year term, and I fully intend to serve it,” Powell said after the Fed’s June policy-setting meeting.

But the White House could try to make a case for demoting Powell but leaving him on the Fed’s Board of Governors, legal experts said. If so, Powell would have the strongest case to challenge that in court.

“He would surely have standing,” said Robert Hockett, a law professor at Cornell Law School, whose research includes monetary law and economics. The Fed may also have standing, though it is less clearcut, he added.

It would also mean a diminution in authority, title and possibly staff.

But the principle of independence would be the overriding issue, scholars said. “There would be pressure on him to stand up for himself, not because he himself is that significant but because the independence of the Federal Reserve would be called into question,” said Jeff Hauser, executive director of the Revolving Door Project in Washington.

A legal fight over who heads the Fed could leave the world’s most powerful central bank navigating a potential global economic slowdown with divided leadership: one person leading the Fed’s board and another heading its rate-setting Federal Open Market Committee (FOMC).

That scenario would be unprecedented. The Fed chair historically leads both groups, and if Powell were to be demoted, the FOMC could vote to keep him as their leader.

“The FOMC chooses its own chair,” said Bill English, professor in the practice of finance at the Yale School of Management, and a former FOMC secretary.

The FOMC, with five board governors and a rotating panel of five of the Fed’s 12 regional bank chiefs, sets the Fed’s target for short-term interest rates. The Fed Board itself sets the interest the Fed pays banks and conducts bank oversight.

The Fed, under Powell’s predecessor Janet Yellen, started slowly raising interest rates in 2015 as unemployment fell to its lowest levels in decades.

But the central bank paused its rate hike campaign this year as concerns grew that a global economic slowdown and trade conflicts were weighing on the U.S. economy. Last week the Fed said nearly half of its policymakers think rate cuts could be needed this year, and Powell said others believe the case for them has strengthened.

Trump said the Fed went too far in raising rates and trimming its bond holdings. The Fed has been slimming its $4 trillion balance sheet, built up through years of bond buying to boost the economy after the Great Recession, as part of an effort to return to a more normalized policy stance.

INFLUENCE EVEN WITHOUT A DEMOTION

Central bank independence is typically seen as a key element of a stable economic system, and when it is threatened, financial markets respond.

Last year, the Turkish lira lost nearly 30% against the dollar, driven in part by concerns over the independence of the central bank, under pressure from Turkish President Tayyip Erdogan to cut rates.

Even if the Fed cuts interest rates, Trump may not get the weaker dollar that he wants. The greenback remains a choice asset to safeguard against global instability or economic weakness and can strengthen even if domestic interest rates fall.

“We are fighting on so many different fronts with competitors and those who are supposed to be friends,” said Vincent Reinhart, chief economist at Mellon.

Even if Trump never demotes Powell, his repeated flagging of his right to do so could change how investors and other officials around the world game out their own scenarios.

On a recent trip to China, Robin Brooks, chief economist at the Institute of International Finance, said a conviction was already taking root in some quarters that Trump was setting U.S. monetary policy.

“The feeling was, ‘Oh my god, this guy has taken over the Fed,’” he said, of the reactions he heard in China.

The expectation, he said, was for an even “more aggressive” U.S. stance as a result. 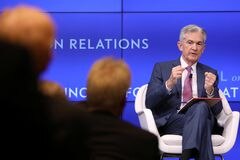 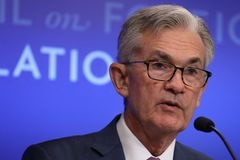 Trump keeps the heat on Powell, says Fed ‘blew it’ by not cutting interest rates
June 24, 2019 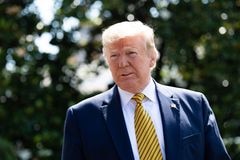